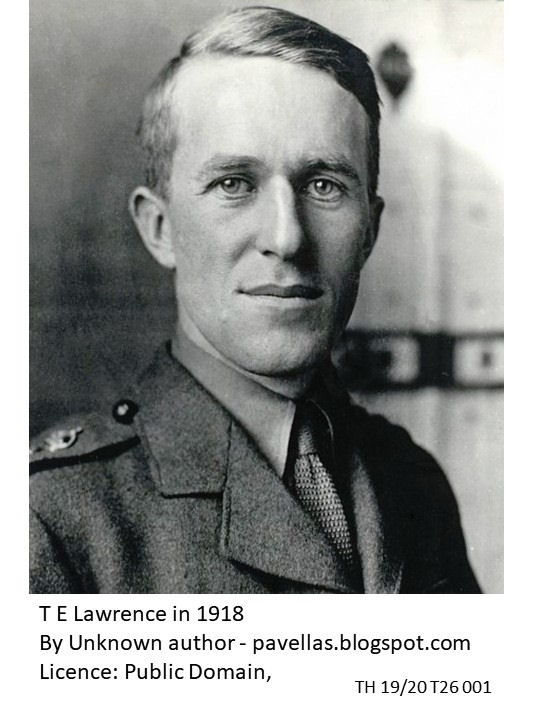 The Talented and Tormented T E Lawrence – part 1 is the first of two talks  by Adrian Martin about this fascinating person.

Adrian tells us that this is not a ‘one sided Boys Own Paper tale of  derring do’. He gives us analysis, balance and objectivity in his talk about the fascinating life of T E Lawrence. We hear about the enigmas and contradictions in his character because there is much more to him than the ‘Matinee Idol’ image. An image enhanced by the film Lawrence in Arabia. 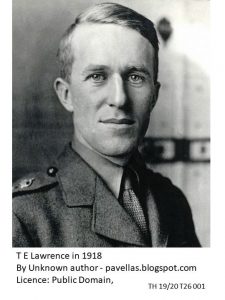 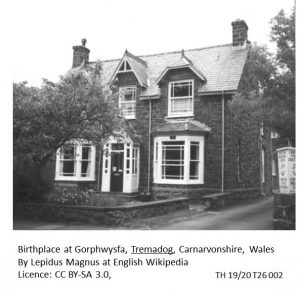 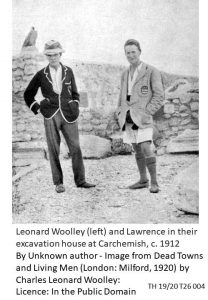 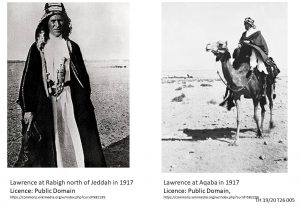 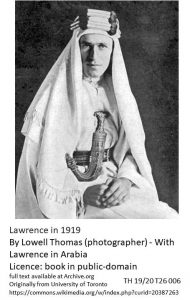 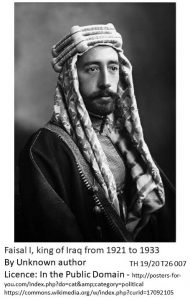 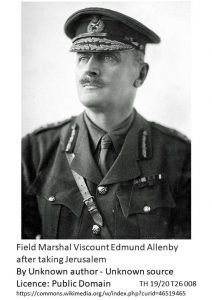 Adrian begins the talk by telling us about Lawrence’s unusual personal circumstances, his character and how the two interacted.

We learn that his parents weren’t married. His mother, Sarah, a Governess, and his father, Sir Thomas Chapman, an Anglo-Irish nobleman. However they live together as husband and wife and have 5 children. They call themselves Lawrence because this is possibly the name of Sarah’s real father.

The family moves to Oxford in 1896 and Thomas (T E) goes to school at the City of Oxford High School for Boys.

Studies in History at Jesus College, Oxford, follow where he gains a First. Between 1910 and 1914 he works as an archaeologist for the British Museum. Much of his time is spent at Carchemish in Syria.

When war breaks out in 1914 Lawrence volunteers for the British army. He joins the Arab Unit, part of the intelligence operation in Egypt, because of his knowledge.

In 1916 he travels to Mesopotamia and Arabia and becomes involved in the Arab Revolt as a liaison officer to the Arab forces.

The Arab Revolt begins in June 1916. There is initial success but it becomes bogged down, leading to fears that the Ottoman forces will advance along the Red Sea coast.

Lawrence interviews Sharif Hussein’s sons and concludes that Faisal is the one to lead the revolt. Lawrence and Faisal work on a plan based on guerrilla warfare to tie the Ottoman forces down. Attack but don’t destroy.

The Talent and Torment:

It is obvious that Lawrence has great talent. He is very good at building relationships and trust and because of this Faisal trusts him. Lawrence reciprocates this trust with his belief in promises for an Arab nation.

The failure to deliver on the promises leads to the ‘Torment’. We need to view the geo-political context of the Arab Revolt in both the worlds of 1918 and today.