Into the Outback (part B) is Michael A’Bear’s talk about the explorers Captain Charles Sturt and John McDouall Stuart. He tells us about their discoveries and the cost to their health.

Charles Sturt comes from the generation before Burke and Wills. He was born in 1795 in Bengal. At the age of 5 he went to England to go to school. He lived with members of his family he had not met before.

He went to Prep school and then on to Harrow. Although Cambridge University beckoned the family finances weren’t enough. He got a commission in the Army instead and served in the Peninsular War.

After promotion to Captain he volunteered to take command of the guard for a convict ship. He liked Australia and decided to stay.

Sturt became Surveyor General for South Australia. Unfortunately the British Government appointed someone else and he was out of a job! He married and let his wife, and some other women, accompany his expedition to the Murray Darling River.

Sadly he was never a wealthy man and ventures in both Australia and Britain were not a success. He returned to England and died at the age of 74.

Stuart was one of the most successful explorers of Australia. He led the first expedition that crossed the centre of Australia from South to North and returned safely. He showed great care for his men travelling in harsh country and has the reputation that he never lost a man.

The Australian Overland Telegraph Line was constructed along the route he found. This enabled rapid transmission of messages to Britain and the (then) Empire. The main road from Port Augusta, in South Australia, to Darwin, in the Northern Territory, also follows his route. It was named the Stuart Highway in 1942.

After many years of hard conditions, malnutrition, scurvy and other problems he was nearly blind. In April 1864 he left Australia for Britain. He died in London two years later. 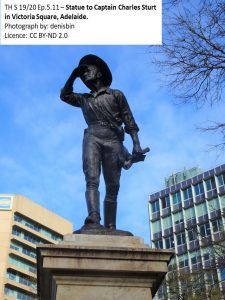 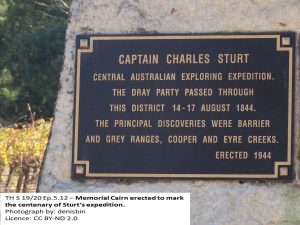 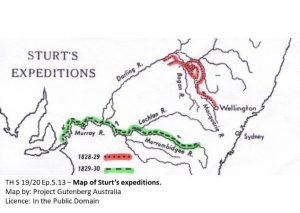 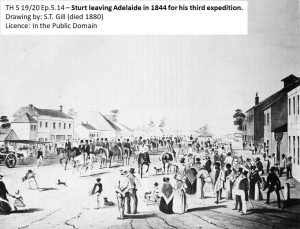 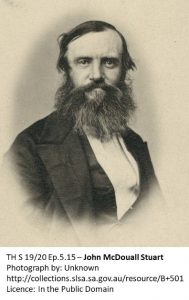