In The Songhai Empire David Simpson tells us the story of the greatest Empire on the African continent. 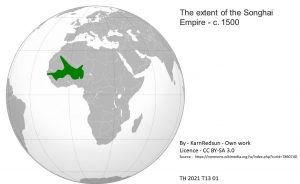 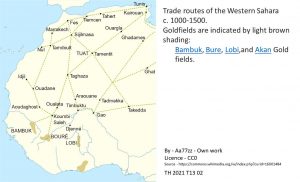 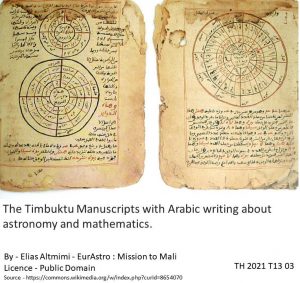 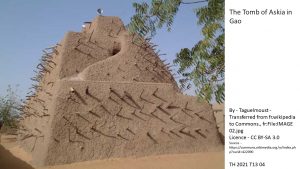 The empire dominates to the west of Sudan in the 15th and 16th century. The largest Empire in Africa at its peak. The name is derived from its leading ethnic group and ruling elite, the Songhai.

The state came into existence in the 11th Century centred on its capital, Gao. By the 13th Century Gao grows through trading and attracts the interest of the Mali empire which then conquers Gao towards the end of the century.

A hundred years later the Mali empire disintegrates and the Songhai gain control.

Sonni Ali rules the Empire between 1464 and 1492. It sounds as though he was not a pleasant person, indeed a tyrant!

He is a military strategist and has success in his conquests and takes Timbuktu in 1468 and the trading city of Dejenne in 1473 after a seven year siege.

He is one of Sonni’s generals. He takes power and institutes political and economic reforms across the empire.

When he dies there are coups and plots amongst his descendants leading to a decline in the empire.

Listen to the podcast and hear David tell the full story.

This podcast is a recording of a talk given at the Farnham Maltings and, because of the acoustics in the room, there is a slight echo.