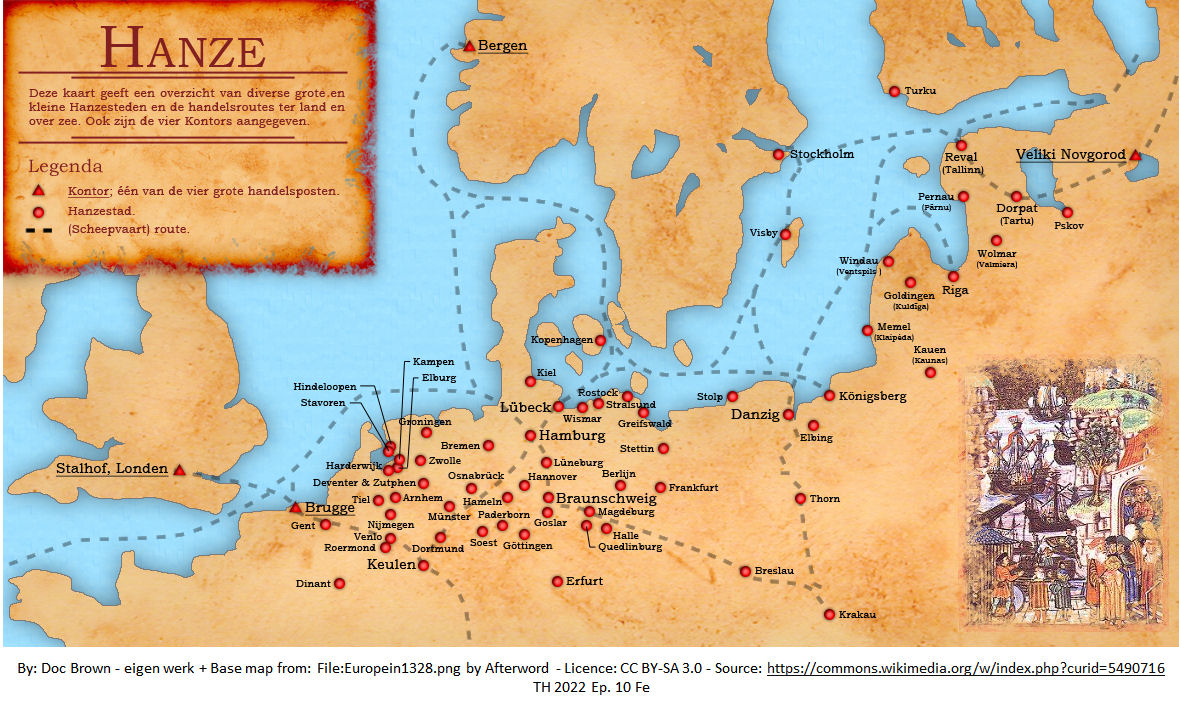 In The Hanseatic League Richard Thomas tells us the amazing story of this operation which controlled much of the trade between northern European countries from the late 13th to the late 17th Century. 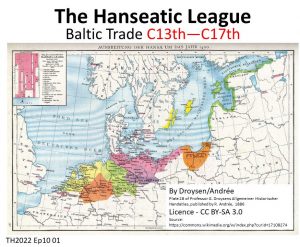 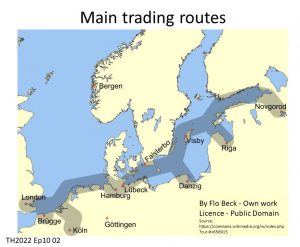 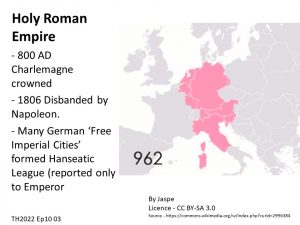 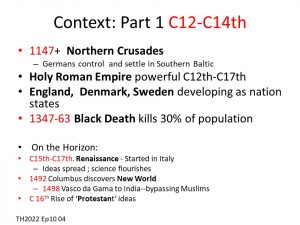 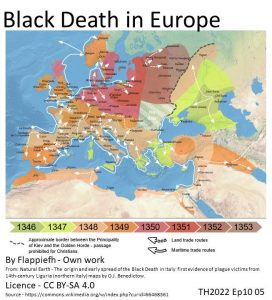 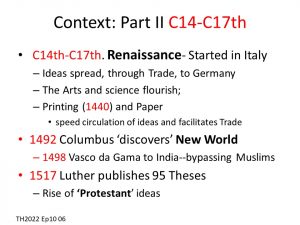 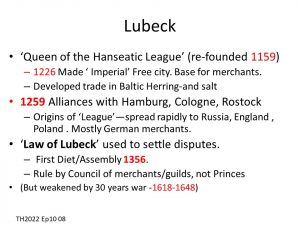 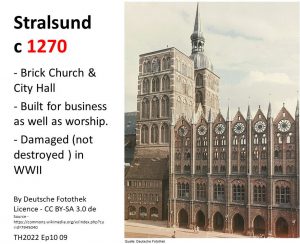 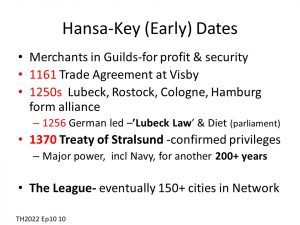 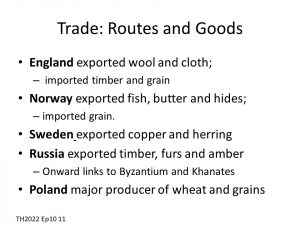 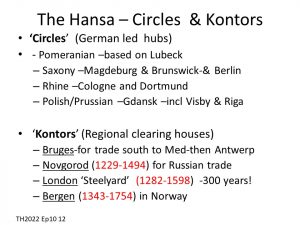 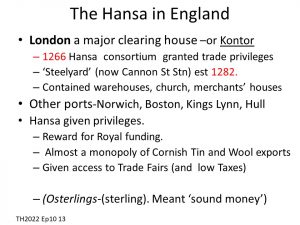 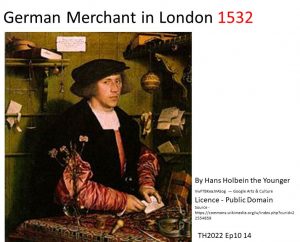 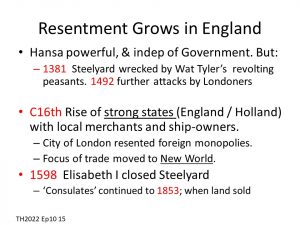 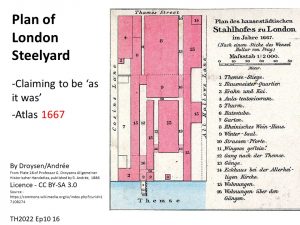 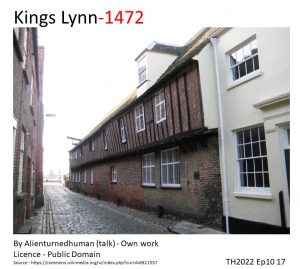 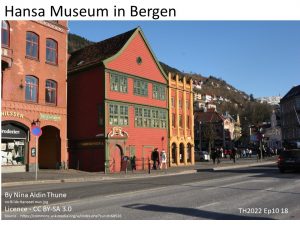 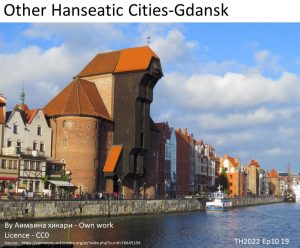 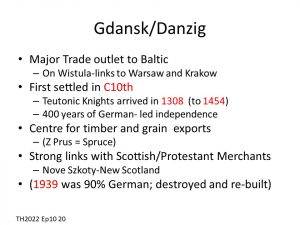 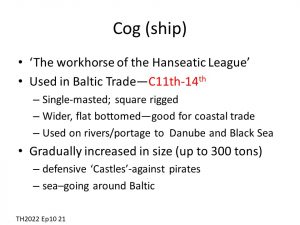 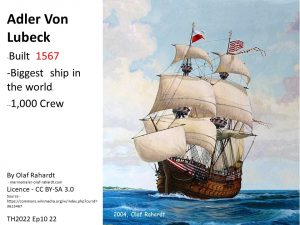 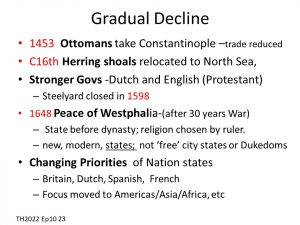 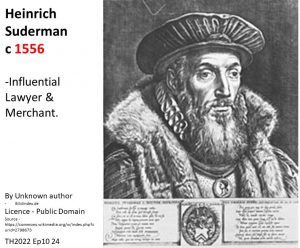 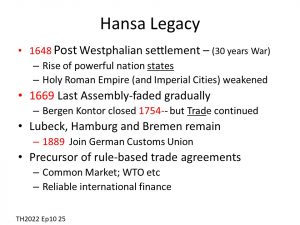 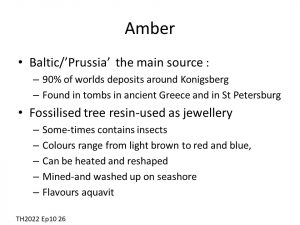 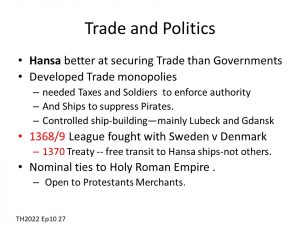 The Northern Crusades lead to the Germans settling in and controlling the southern Baltic in the second half of the 12th Century. At this time the Holy Roman Empire is very powerful.

England, Denmark and Sweden are developing as ‘nation states’ at the same time.

Trade is badly affected in the mid 14th Century because the Black Death kills 30% of the population in northern Europe.

The Renaissance begins in Italy and spreads, because of the trading relationships, across Europe. This is a period where the Arts and Sciences flourish. From 1440 ideas circulate even faster because printing is born and paper becomes important.

It is a time of great exploration as Columbus discovers the ‘New World’ and Vasco da Gama reaches India.

The Holy Roman Empire is powerful but it has to contend with Martin Luther and free thinking.

Known as the ‘Queen of the Hansa’ because Lubeck is the heart of the whole trading organisation. In 1226 it becomes a free imperial city under the Holy Roman Empire. This base for merchants develops the trade in Baltic herring and salt.

Other cities join with Lubeck through alliances and German merchants spread to Russia, England and Poland.

The city becomes a major clearing house, or Kontor, when the Hansa is granted trading privileges in 1266. These exempt the Hansa from duties and taxes. The ‘Steelyard‘, their London base, is established in 1282. It is a walled enclave of about 1.3 acres with all the buildings they need for their activities. Their warehouses are on the edge of the Thames.

Nothing of the original Steelyard exists today because it burns to the ground in the Great Fire of London in 1666. Canon Street station is above the site and a nightclub, called the Steelyard, is in the railway arches under the station.

From the 16th Century the Hansa started to decline because of many factors. These include the Ottomans taking Constantinople, the herring stocks moving from the Baltic to the North Sea and the growth of stronger ‘nation states’ wanting their own trade agreements.

Listen to the podcast and hear Richard Thomas tell the full story of this great trading organisation.