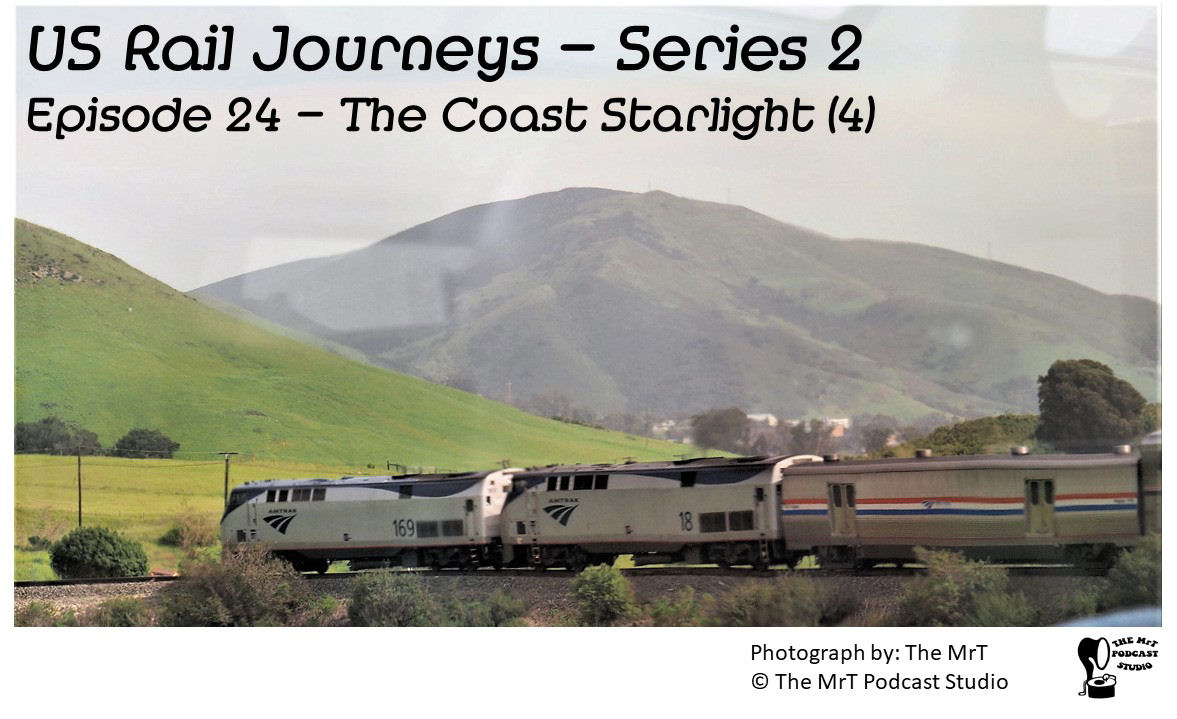 The Coast Starlight (4) starts as we approach Santa Barbara. We are running beside the road and I see a sign that tells me that the next nine exits are for the city.

Quite a few passengers leave the train at Santa Barbara. We leave the station 53 minutes late. The conductor (guard for UK listeners) is confident that we’ll make up the time.

As we leave Santa Barbara we pass through an expensive part of town with houses that access the beach.

The Coast Starlight continues south along the coastline. The day is nearly over, the sun is setting and dusk approaches. Here a highway runs between the rail track and the sea.

There must be something very special here because we pass an area with cars and campervans parked along the edge of the road. The parking bays are even marked out for the camper vans.

East, away from the coast, to Los Angeles:

It is dark by the time that we reach Oxnard. The station is used by Amtrak’s Coast Starlight and Pacific Surfliner trains and also by Metrolink commuter trains.

The observation car is now deserted so I return to my reserved seat for the rest of the journey. I could be in a library, the train is so quiet.

Our next stop is at Simi Valley. The train has been travelling up the Simi Valley since we left the coast.

After Simi Valley the next stop is at Van Nuys. A modern station with much of the structure rebuilt in 1995. Just one more station before journey’s end!

Our final stop is at Hollywood Burbank Airport station. In normal times this unstaffed station hosts 40 trains a day. Nearly 74,000 Amtrak. Less than 30 minutes later we arrive in LA Union Station. We’re late, but not nearly as late as we were only a few hours ago.

I have now travelled between Portland and LA on the Coast Starlight, I don’t know which part of the route is best as there is so much to see. I’ve loved the Cascades, the Klamath Falls area, the Cuesta Grade and travelling along the Pacific coastline – how can I choose? This route travels through truly beautiful countryside.

My advice – book a journey on the Coast Starlight between Los Angeles and Seattle – you won’t be disappointed! 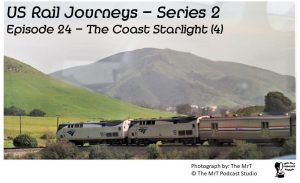 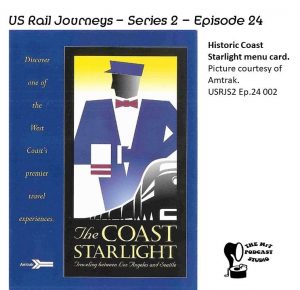 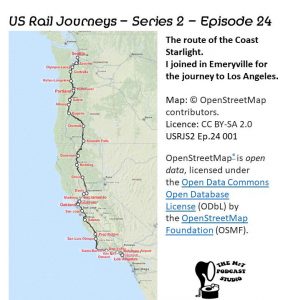 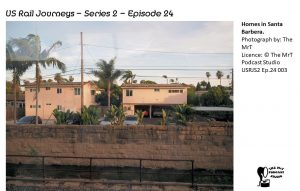 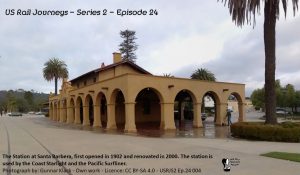 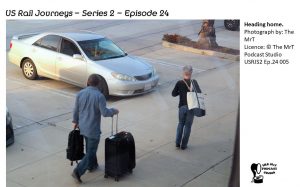 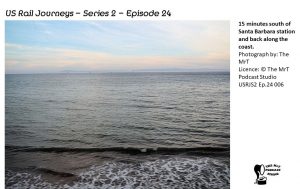 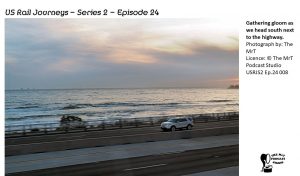 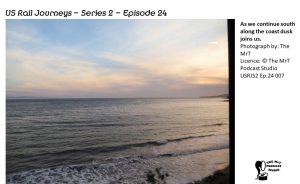 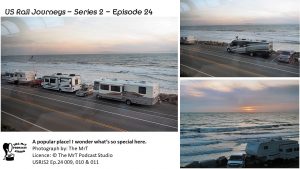 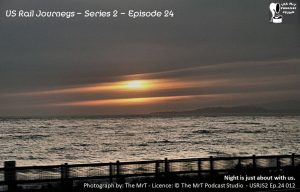 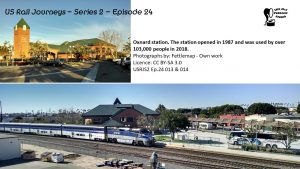 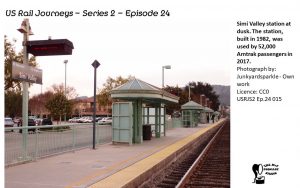 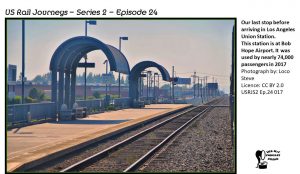 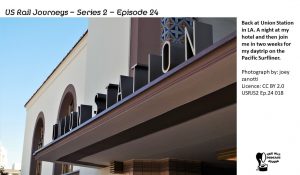 I hope that you’ve enjoyed this podcast. If so, please join me in two weeks time when I take a daytrip on the Pacific Surfliner from  Los Angeles Union Station to San Diego.

AKM Music has licensed the theme, Steam Railway, and excerpts from Corporate for use in this podcast.