We travel from Milwaukee to Chicago in the tenth episode of US Rail Journeys. This is the last part of our journey on the Empire Builder as the train travels along the  Milwaukee Road.

Originally a plank road for horses and carts Milwaukee Road became the name given to the Chicago, Milwaukee, St. Paul and Pacific Railroad.

The first stop after leaving Milwaukee is at Glenview station which opened in 1995. The Empire Builder, Amtrak’s Hiawatha Service and Metra commuter services use the station. Passengers who want to travel from Glenview to either Chicago or Milwaukee may not use the Empire Builder. They must use the other, more frequent, services.

After Glenview the next stop on this short leg of our journey is Chicago Union Station. This magnificent station opened in 1925 and stands on the west side of the Chicago River. The station is the fourth busiest in the US, and the busiest outside New York. Nearly 3.4 million Amtrak passengers plus around 130,000 Metra commuter passengers a day used the station in 2017. To find out more about the station follow this link to the Union Station website or this link to the Wikipedia entry. The station is a major hub for Amtrak long distance services.

I said ‘goodbye’ to the Empire Builder and took a taxi to my hotel. After 22 hours in Chicago I’d be leaving on the California Zephyr. I’ll start to tell you about that journey in the next episode of US Rail Journeys in two weeks time. 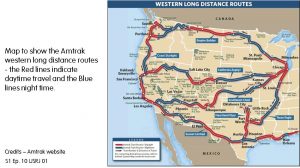 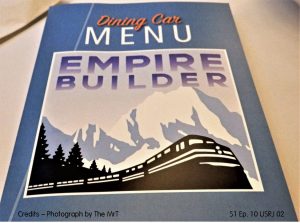 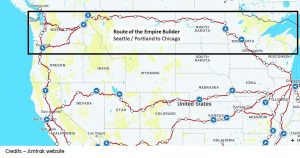 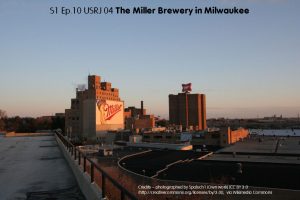 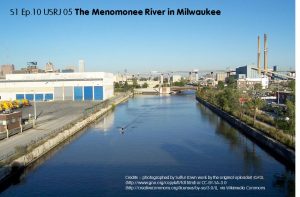 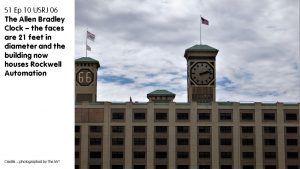 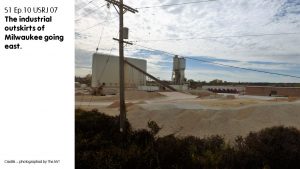 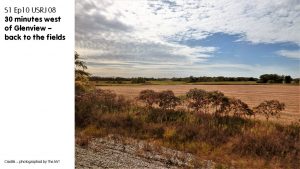 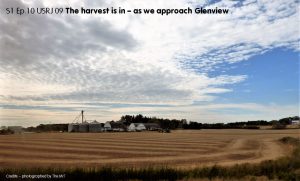 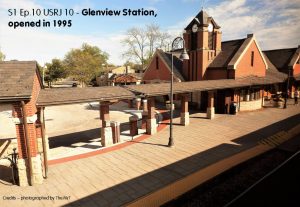 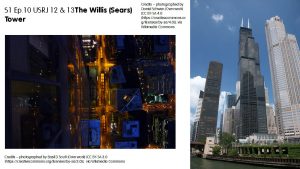 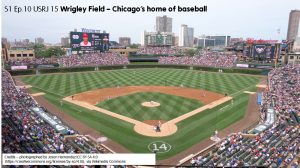 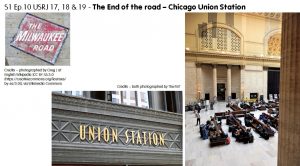 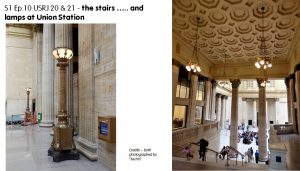 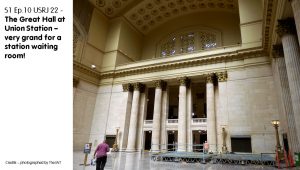 I thank the passengers and crew on our journey from Portland to Chicago, aboard the Empire Builder, for their tolerance of the man waving the microphone. It truly is a magnificent journey.

Steam Railway is used for the theme music under licence from AKM Music.

This podcast is also available through iTunes (Apple podcasts), Spotify and Stitcher besides this website.