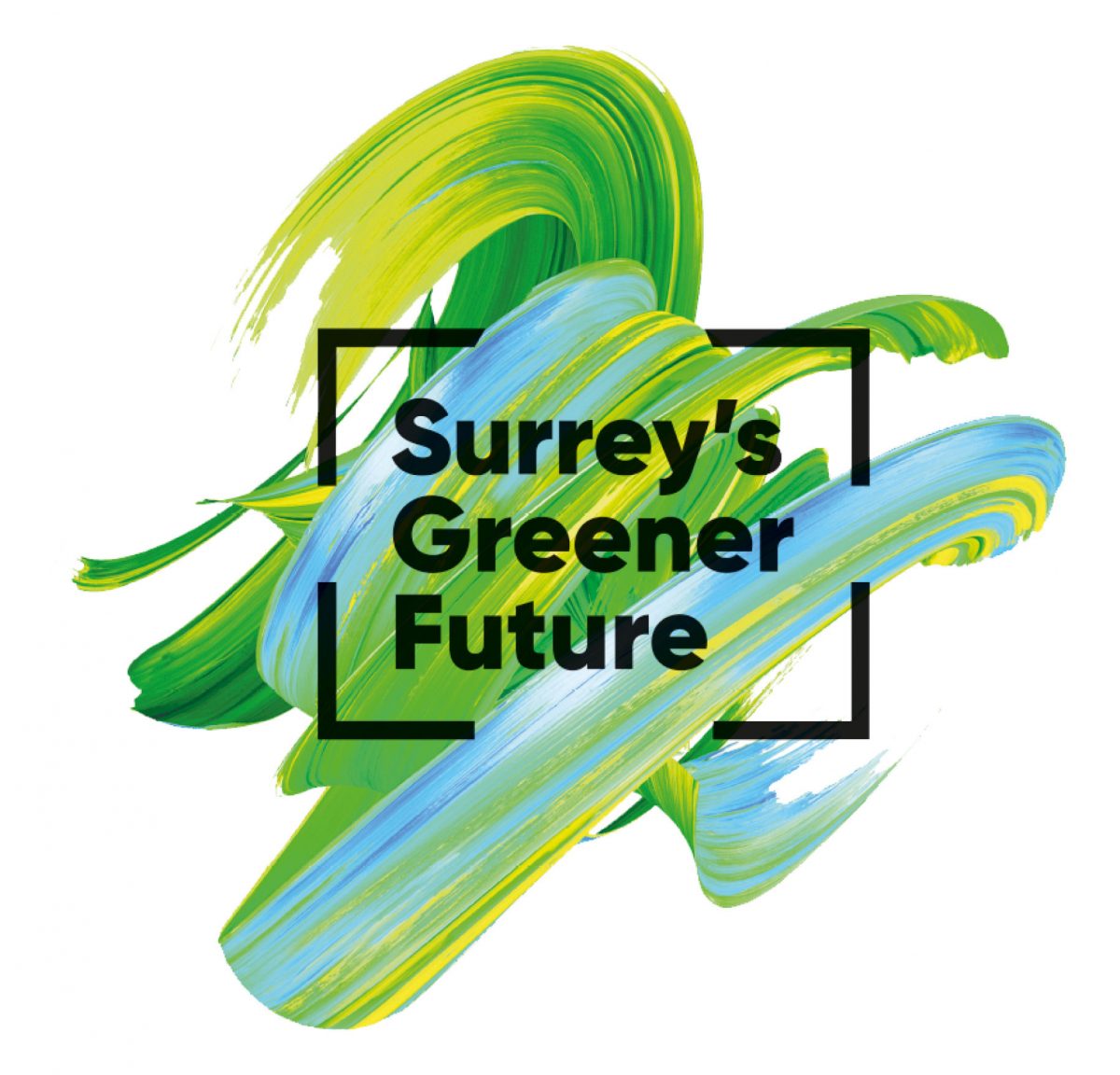 In September 2019 Surrey County Council invited individuals and local groups to submit ideas to help combat the climate crisis. Ten ideas were then selected from the submissions.

The Surrey’s Greener Future – Workshop 2 podcast is about the second workshop designed to help these projects get off the ground.

Chris Tisdall introduced the workshop and then the members of eight of the teams described their projects. The teams also told us about their progress since the previous workshop, the issues they had uncovered and the questions for which they need answers.

The teams then went to work on their projects and used the resources available in the room. Staff from Surrey County Council, members of Kingston University and some of the sponsors were on hand to give help.

Click on one of the pictures below to see copies of the ‘flip charts’ created during the discussions: 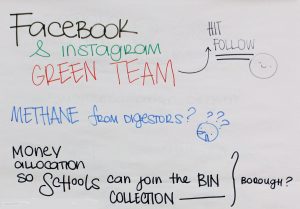 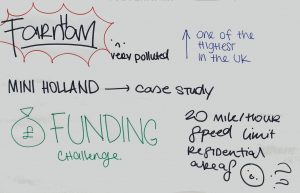 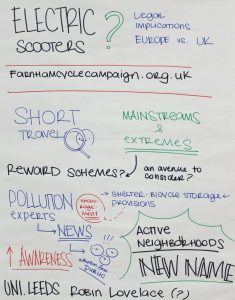 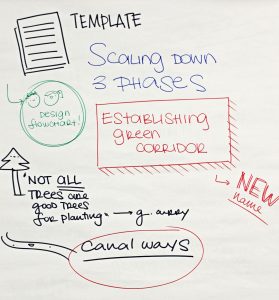 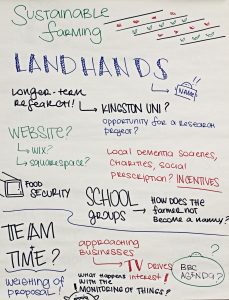 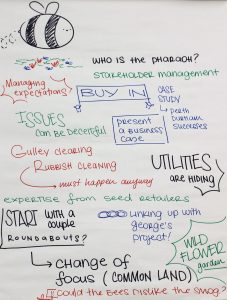 Mike Goodman, the Surrey County Council Cabinet Member for Environment and Waste closed the workshop. He thanked the teams for their enthusiasm and promised to be at future meetings.

To find out more about the ‘design challenge’ please follow this link.

About the ‘Surrey’s Greener Future’ podcasts:

The next episode will be in a few weeks.

Please use any of the material to support your own initiatives to Combat Climate Change – each of us really can make a difference!

You can listen to this podcast  on Apple Podcasts/iTunes, Deezer, Spotify and Stitcher.

AKM Music has licensed ‘Perfect Circle’ for use as both the theme and incidental music.

Joseph McDade has licensed ‘Ironic Smooth Jazz – Sundown incidental’ for use as incidental music in this episode. 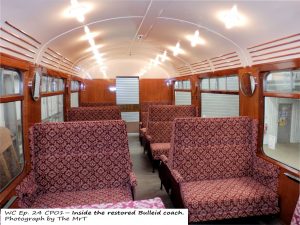 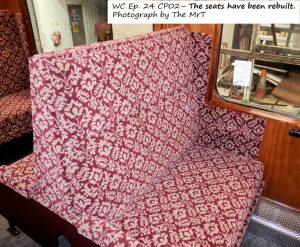 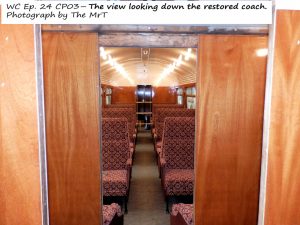 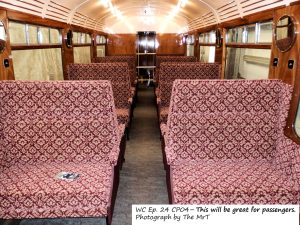 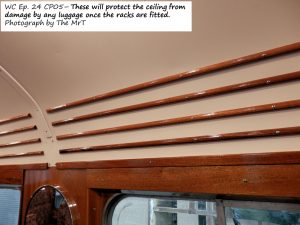 Ian Wallace’s talk Handel in London is the second in a series of four short talks given to the Farnham U3A World History Group.

Ian’s talk charts the life of George Frederick Handel from his arrival in London until his death.

As a young man Handel travelled to Italy. He had composed his first opera by the age of 24. He then got leave of absence from his employer, the Elector of Hanover, to travel to London in 1710.

The Elector of Hanover became King George I in 1714.

Handel wrote very successful operas in Italian. The operas made a lot of money. As a result he was able to get the best Italian singers to perform in London.

Tastes changed. Italian operas became less popular. There were arguments about the cost of staging the operas.

Handel had a stroke when he was 52. He went to a Spar to ‘take the waters’. He made a good recovery and went back to work.

Charles Jennens wanted an oratorio based on the King James Bible. The result – The Messiah.

Handel is buried in Westminster Abbey.

Click here to open the presentation that accompanies this talk.

At the original talk on Handel in London included musical excerpts. These cannot be included in the podcast as they are copyright.

The other two talks in this series of Short Talks will be published over the next few weeks.

In October 2019 Jeremy Hunt and the Farnham Herald newspaper co-hosted a Pollution Summit. Farnham is an historic market town at the far west of Surrey, on the border with Hampshire. The town is some 34 miles from London and is surrounded by rolling hills.

The town suffers badly from air pollution and there are three major hot-spots. The Farnham Herald published an article in August 2018 where the air was described as being not only dirtier than most of the M25 but also  above the legal limit.

The 2019 Air Quality Annual Status Report published by Waverley Borough Council details the Farnham locations where there is a significant issue. Click this link to view the report.

In the first part of the podcast I talk to Jeremy Hunt about the summit and also ask about the effect on people’s health. We then talk about the actions that individual people can take to help make a difference.

In the second part of Farnham’s Pollution Challenge I talk to Pete from the Farnham Cycle Campaign. The campaign is pushing to make cycling safer in Farnham. The result – fewer cars making short journeys and sitting in traffic jams. This would reduce the pollution levels and people would be fitter.

To find out about the Farnham Cycle Campaign please click here.

Surrey County Council selected the Farnham Cycle Campaign as one of the projects for the Surrey’s Greener Future initiative.

To find out more about the ‘design challenge’ please follow this link.

About the ‘Surrey’s Greener Future’ podcasts:

The next episode will be in a few weeks.

Please use any of the material posted here to support your own initiatives to Combat Climate Change – each one of us can make a difference!

You can listen to this podcast  on Apple Podcasts/iTunes, Deezer, Spotify and Stitcher.

AKM Music has licensed ‘Perfect Circle’ for use as both the theme and incidental music.