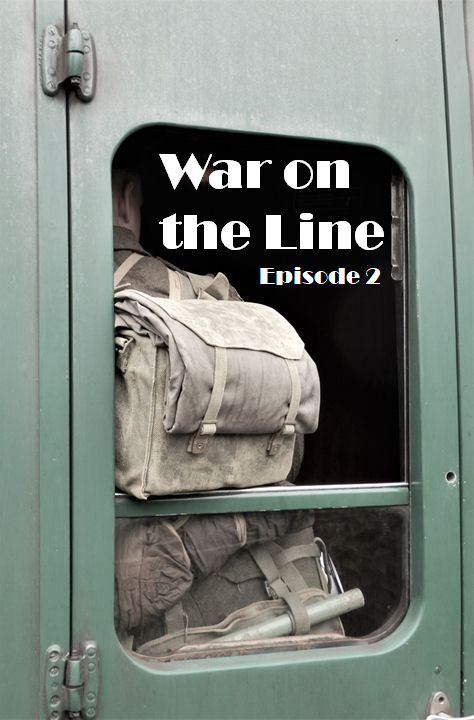 Our second visit to the War on the Line weekend takes us to Ropley and Alresford stations. Most visitors coming by car park at Ropley as there is free parking (the car parks at Alresford and Alton are ‘pay and display’). Ropley is the station with the most space available for displays.

The episode begins with a description of the activities taking place during the weekend at the station. A ‘light’ locomotive is waiting to go down the line to Alresford to haul the first train of the day back up the line to Alton. When the road is clear we hear the locomotive set off down the line.

Whilst at Ropley we see someone shovelling yesterday’s ash from the ash pit in the loco yard and wheeling it to the ash pile in his barrow. Is he on punishment detail? Or maybe an enemy prisoner on a work detail?

I talk to the wireless operator who is communicating with people far away. He is using a ‘set’ that was used in the Second World War and has a design range of 15 miles no matter the terrain. In reality he can speak to people much further away.

I also talk to the team dealing with unexploded bombs (UXB) – occasionally there is a loud bang but as these are re-enactors it is all quite safe! Unlike the real thing if it goes wrong!!! Its amazing – they started out at the Rural Life Centre in Tilford.

Next the big band leader tells us about the places where they have performed and the charitable collection that they are making.

After this I talk to Sheila Love about the organisation of the event and travel to Alresford where American Military personnel are dancing outside the station under the watchful eyes of the MPs. 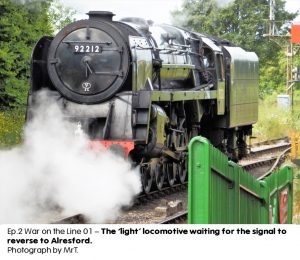 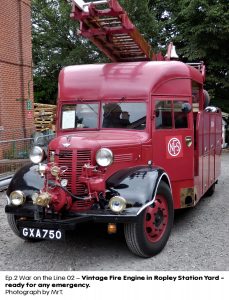 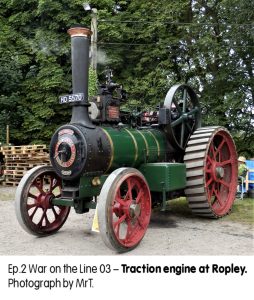 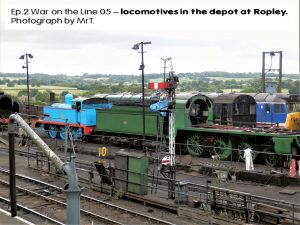 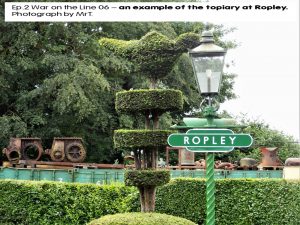 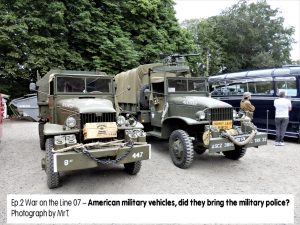 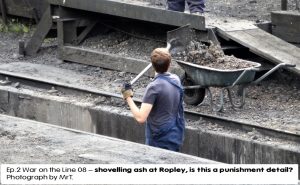 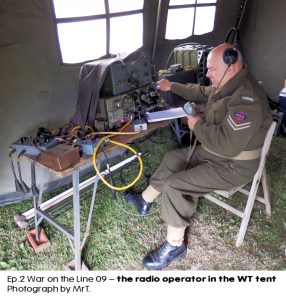 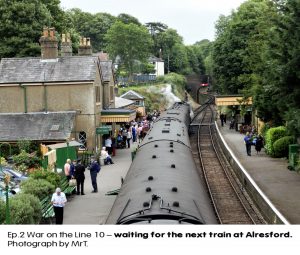 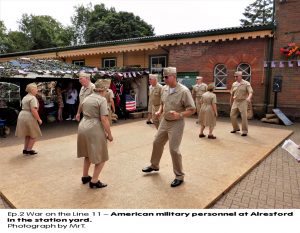 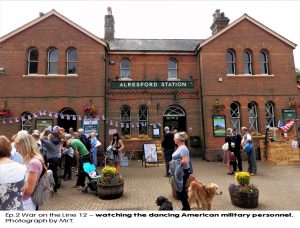 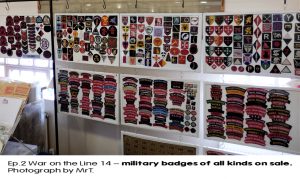 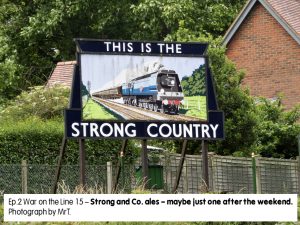 My thanks to all the passengers, re-enactors, volunteers and staff on the Watercress Line for making this possible.

Join us in two weeks for our first podcast on the restoration project for the Merchant Navy class locomotive ‘Canadian Pacific’. This express locomotive has travelled at over 100 mph and is the pride of the Watercress Line fleet.

The music ‘Steam Railway’ used in this podcast is licensed from AKM Music.