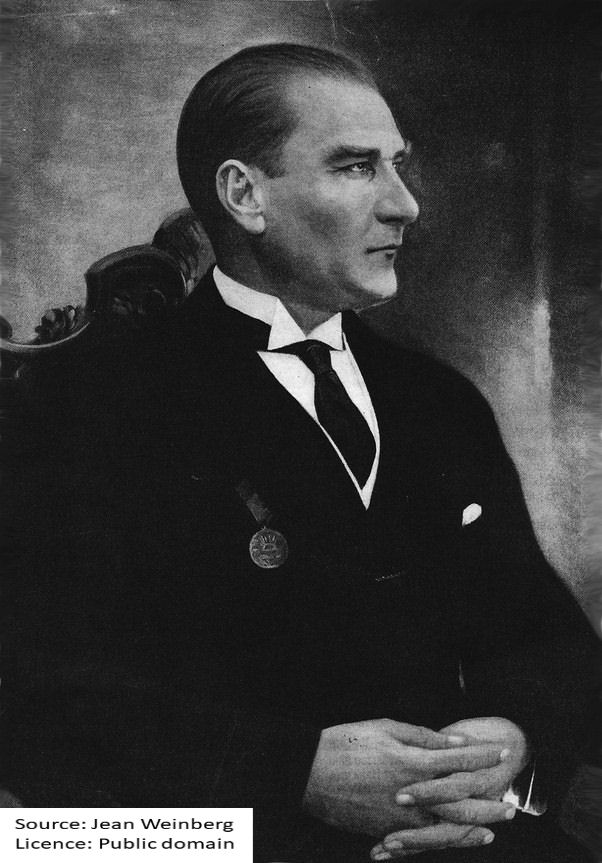 Alan Freeland tells us the amazing story of the life of  Ataturk – the greatest Nation Builder of modern times. To call Ataturk a complex person is a great understatement! Alan takes us through the ups and downs of Ataturk’s life.

Everything changed under Ataturk. The name Ataturk means ‘Father of the nation of Turkey’. For many years the major European powers wielded global control. This was the first time a nation stood up to Europe and won.

Alan calls this session ‘historiography’. The dictionary defines this as ‘the study of the writing of history and of written histories’. Alan certainly did a great deal of research for this talk.

This section sets the scene. Alan talks about the rise and decline of the Ottoman Empire. He also introduces us to the complex culture in Turkey at that time. We learn that although Turkey was an Islamic country other religions were tolerated.

Alan continues by telling us about the complexities of Ataturk’s life. We learn about his focus on modernising Turkey and the lengths that he went to to achieve his aims.

The talk does cover a significant amount of history as this is critical for our understanding of his achievements. Alan touches on the First World War because that was where Ataturk made his reputation.

We hear about the war to achieve independence and how the republic came about.

We hear about his relationships with other people. Alan tells us about his marriage to someone who fully understood his mission. We hear of the care she tried to give him because of his heath. Being a strong willed person it was in vain!

The are no graphics to accompany this talk