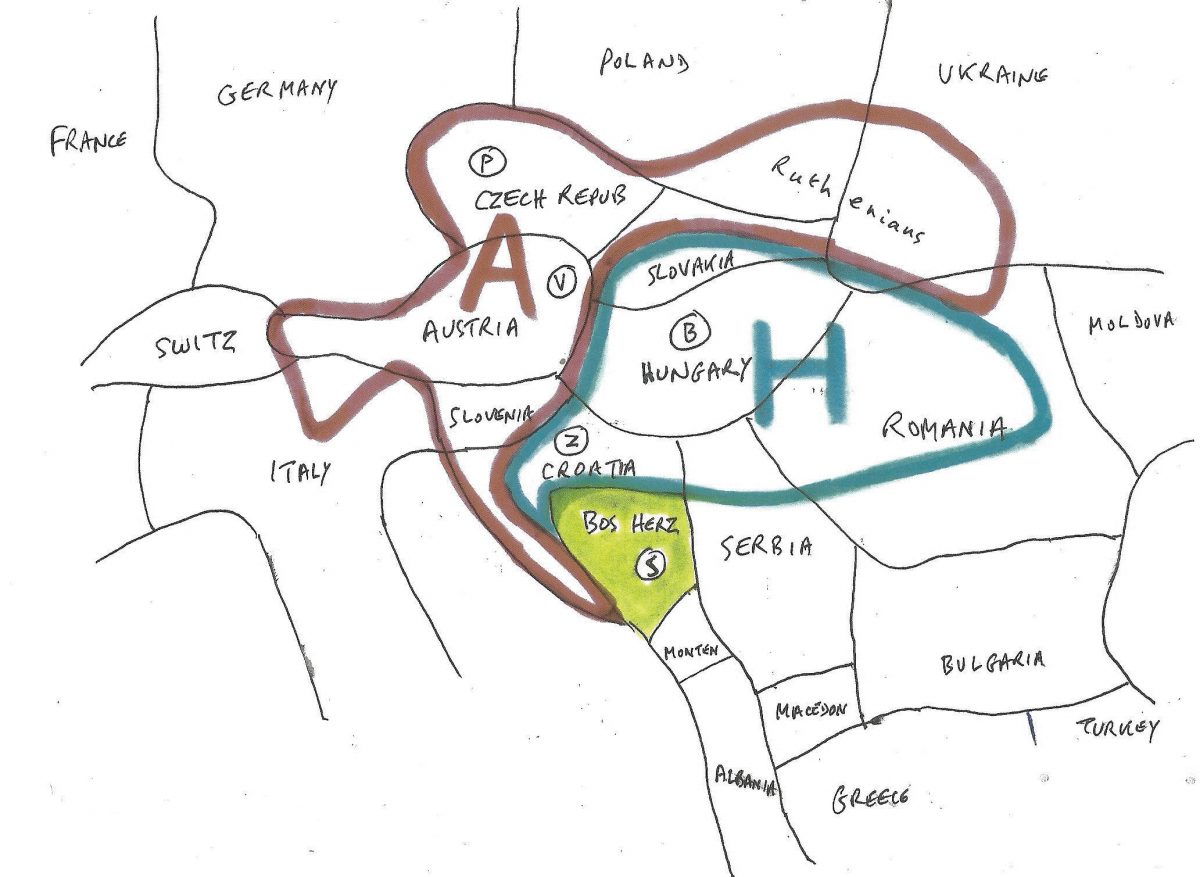 The Austro Hungarian Empire (b) continues Jo’s talk. Jo picks up the story in the 1880s, and tells us about the period to the Empire’s dissolution in 1918.

We hear about the lack of democratic government and the stress caused by the differences between Austria and Hungary. Franz Joseph was the Emperor from 1867 to 1916. He governed for much of the time with just a few ministers and a small Civil Service.

Jo also talks about the institutional antisemitism, particularly in Vienna. This had a major effect on an aspiring, but relatively unsuccessful, artist living in Vienna at the time.

Jo tells us how the visit by Arch Duke Franz Ferdinand to Sarajevo went ahead even though the threat level was known. As we know, this led to World War 1.