Michael A’Bear’s talk is about the Burke and Wills Expedition into the Outback of Australia in 1860 to 1861. He tells us of initial success, suspect deeds and disaster!

The Royal Society of Victoria organised the expedition. It started from Melbourne. The objective – to cross Australia from South to North to reach the Gulf of Carpentaria.

The distance is 2,000 miles through inhospitable territory. Territory that had not been explored by the settlers before.

The advance party reached Cooper’s Creek by early summer. They established a depot camp with stores there. Four men remained at this camp.  They agreed to wait for 4 months. Burke, Wills and two others set off for the Gulf of Carpentaria. It was mid summer with temperatures of 50°C in the shade.

The Gulf of Carpentaria:

They got within sight of the coast but swamps prevented them from reaching it. The weather going north had been hot and dry but on the way back they had tropical monsoons. The party were also desperately short of food.

They shot, and ate, their only horse as well as three camels. They jettisoned equipment because of the reduced number of pack animals. Burke and Gray went down with dysentery and on 17th April Gray died.

Back at Cooper’s Creek:

The party at the base were suffering from scurvy. They waited 18 weeks and were running low on supplies. They buried supplies and left in the morning on 21st April.

That evening, Burke, Wills and King arrived. 9 hours too late!

They rested for a few days. They then set off for Mount Hopeless as there was a cattle station there.

The journey to Mount Hopeless

The journey led to the deaths of Burke and Wills. Six rescue groups went to look for them. King was like a scarecrow when rescued. He went back to Melbourne to recover. He lived for another eleven years, dying at the age of 33. 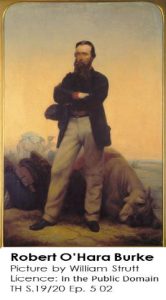 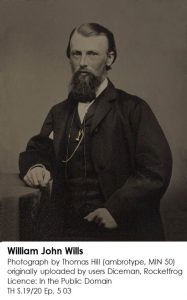 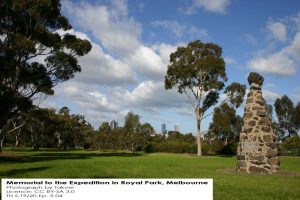 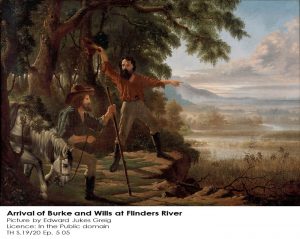 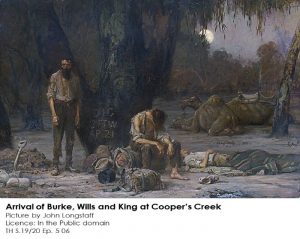 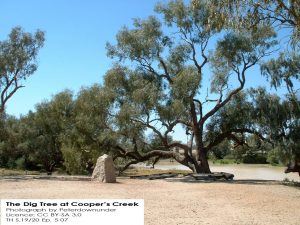 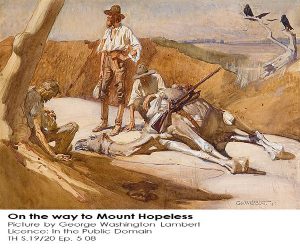 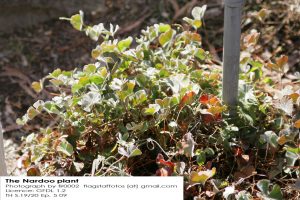 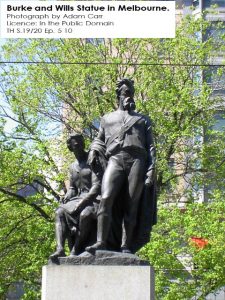