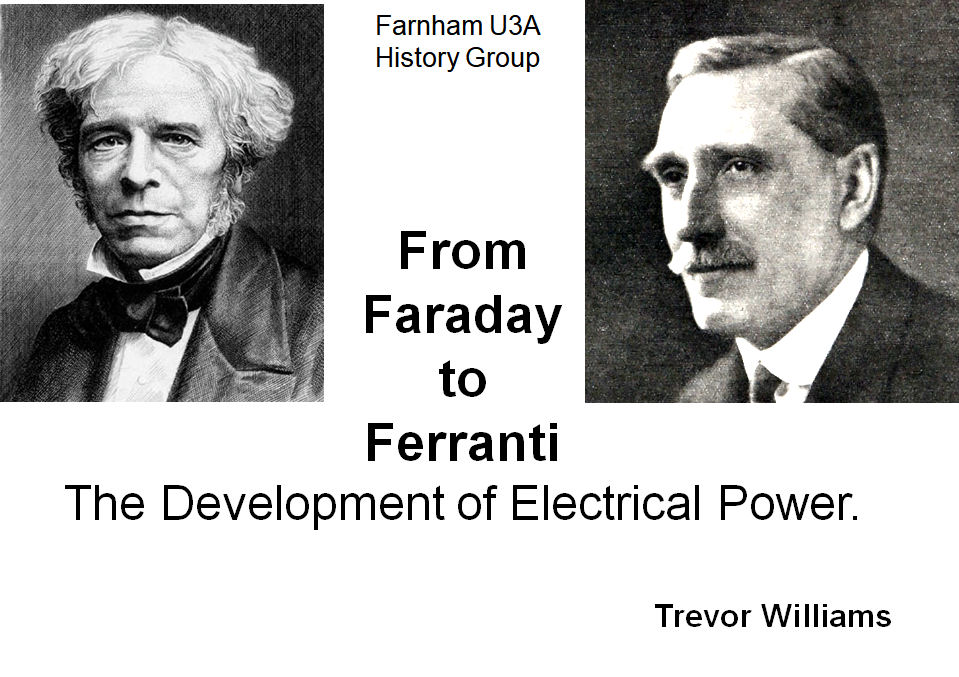 In From Faraday to Ferranti (a) Trevor tells us about the career of Michael Faraday. The son of a blacksmith with only a basic formal education he was a brilliant intuitive scientist. He was apprenticed to a bookbinder when he was 14. He read many of the books in order to improve himself.

In those days public displays of scientific experiments were popular. Faraday went to those held at the Royal Institution in London. Faraday became assistant to Sir Humphrey Davy in 1812.

Faraday toured Europe with Davy in 1813 / 1814 and met many of Europe’s scientists. Faraday continued to work for the Royal Institution until his death in 1867.

The talk continues with descriptions of Faraday’s experiments into electro-magnetism.

From Faraday to Ferranti (a) ends with a brief introduction to Sebastian de Ferranti. Listen to Part B to find out more about Ferranti.

Click on the link to open the  presentation that accompanies the talk.