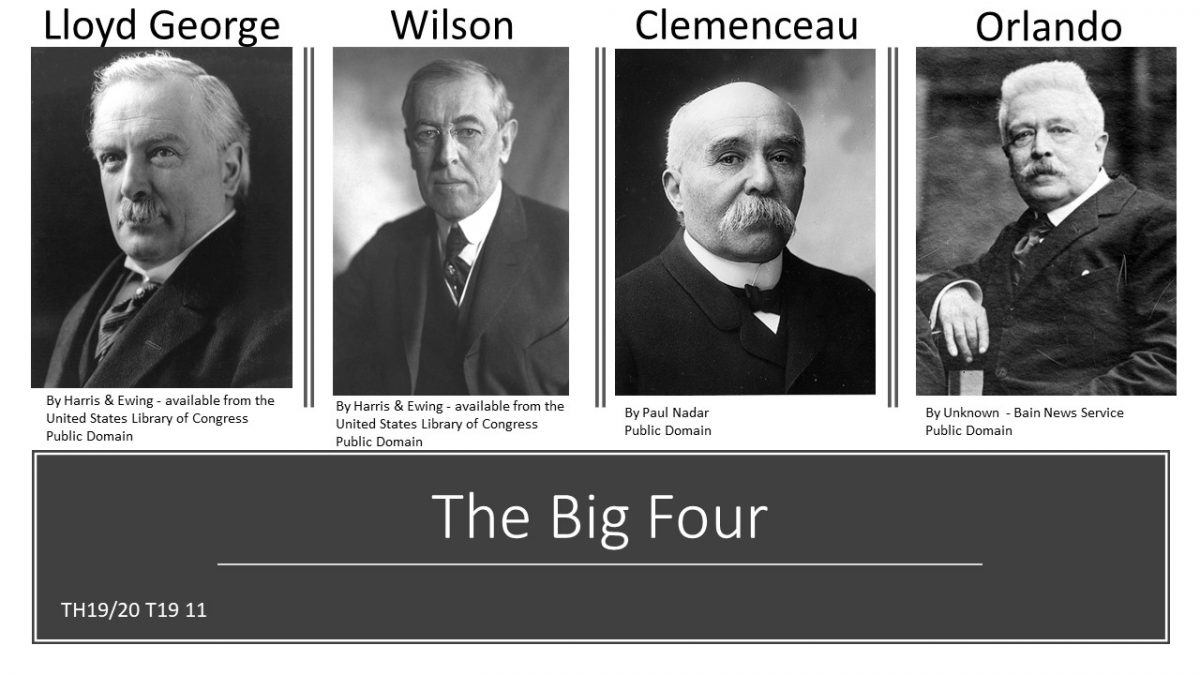 In The Paris Peace Conference and the Treaty of Versailles David Simpson tells us about the delegates and the decisions taken. This talk follows on from David’s talk  on the end of the First World War which you can listen to here. 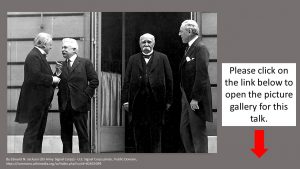 There are many others at the conference

Over 30 countries send representatives to the conference, however, the losers are not represented.

Sergei Sazonov, the Tsarist Foreign Minister from 1910 to 1916, represents Russia, because there is a civil war in Russia and the Communist government isn’t invited.

T E Lawrence is there to argue in vain for the Arab cause whilst the Japanese seek equal rights and territories. Even Ho Chi Minh is there!

These minor powers attend a weekly plenary session and they have 52 committees. They discuss issues such as prisoners of war, international aviation, undersea cables and the responsibility for the war.

We have all heard of the Treaty of Versailles. The conference results in five different treaties because there is one for each loser!

What does the conference deliver?

Listen to the full story in this podcast.

Please note: there are parts where the sound is of variable quality because of line issues.

Copyright and the graphics accompanying this podcast

Unfortunately it has not been possible to include some of the graphics that accompanied the original talk because of copyright issues.