To fully appreciate Joanne’s talk you should follow her presentation, accessed below. The images really do bring the talk to life! 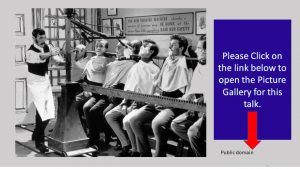 We start with the wheel. Possibly one of the most important inventions ever. It certainly makes driving a car more comfortable!

Joanne then moves on to the Autocannon devised by James Puckle in 1716 and the Gatling Gun. Dr Richard Jordan Gatling firmly believed his gun would help stop the bloodshed on the world’s battlefields!

Then we move to the strange….

A mechanism to help you pull on your boots. Then a ventilated Top Hat that stops the misery of the build up of steam.

An apparatus to define the height of clouds may well be of meteorological importance. Designs for a family fire escape may be important., if you’re at the right window…..

Then we learn about mechanical leeches, an anti garrotting cravat and a corset with expanding busts. We marvel at the ingenuity of the inventors of yester year!

Then we look at the dangerous…

Joanne tells us about the expansion of crinolines. Harmless you may think …. but stand too close to a fire! But then who’d follow a fashion that requires you to use radio active makeup?

Of course the safety regulations were much less in days gone by. Cocaine in your cough pastilles and toothache drops was seen as  normal.

Then inventions that ‘helped’ the world

The first Traffic Lights in Westminster, sadly resulting in a gas explosion. Then something called the telephone, a device described as ‘too many shortcomings to be seriously considered as a means of communication’ whilst the Post Office said ‘the Americans have need of the telephone, but we do not.  We have plenty of messenger boys’.

In case we think Joanne is getting serious

We learn of an animal trap that relies on a revolver, a lamp that also acts as a vending machine that could be easily defrauded and a mass shaving apparatus in America.

Listen to the full story of these and many more inventions in this podcast.