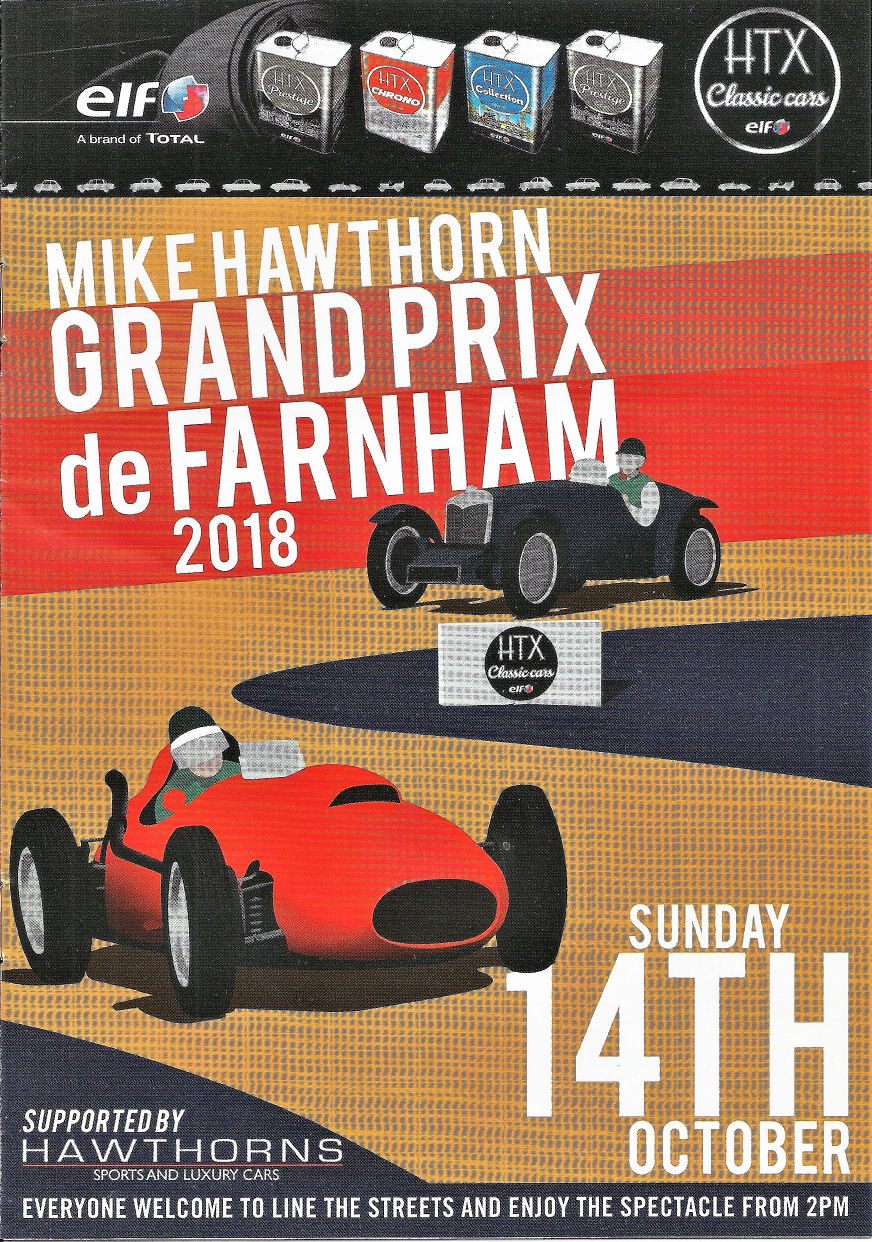 On 19 October 1958 the Moroccan Grand Prix was held on a circuit near Casablanca. This was the only time that Morocco has hosted a world championship Grand Prix.

Mike Hawthorn driving a Ferrari was in pole position but the race was won by Stirling Moss driving a Vanwall with Mike Hawthorn in second place. Mike’s second place secured him the world championship by one point making him the first British Formula One champion ever.

Having become Formula One world champion the Farnham Flyer, as he was known, retired from motor racing.

John Michael Hawthorn had come a long way since his birth on 10 April 1929 in Mexborough in what was then the West Riding of Yorkshire.

At the age of two his parents had moved to open the Tourist Trophy garage in Farnham, the town where Mike remained for the rest of his life.

The people of Farnham celebrated with cars from Mike Hawthorn’s era driving through the centre of town on a wet Sunday afternoon.

The event was organised by the Friends of Mike Hawthorn and the website for the event is at Mike Hawthorn GP de Farnham where you’ll find lots of information about the day.

The organisers would like to thank the the owners and drivers of the 86 cars that took part, the Jaguar Enthusiasts Club, the Jaguar Drivers Club, the Hedgehogs and the Hants and Berks Motor Club for providing marshalls. Thanks also go to the Unity Support Riders for their help and to Zara and the team at Farnham Maltings. 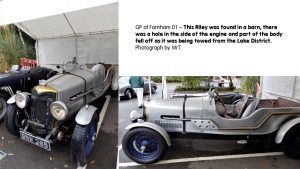 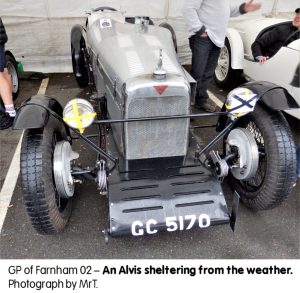 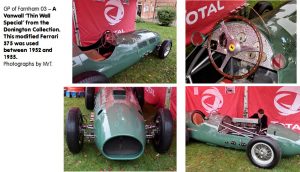 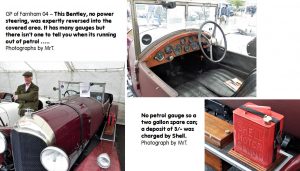 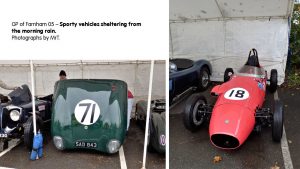 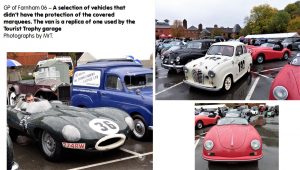 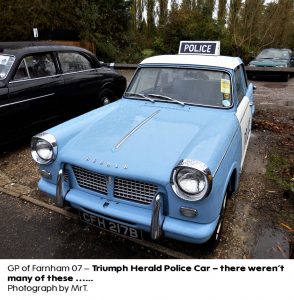 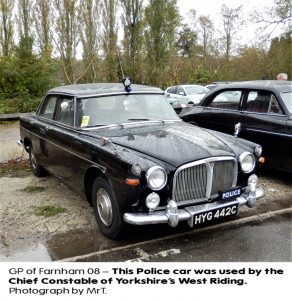 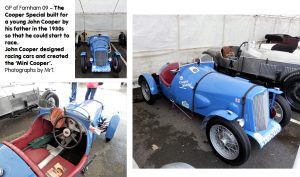 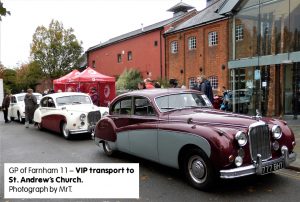 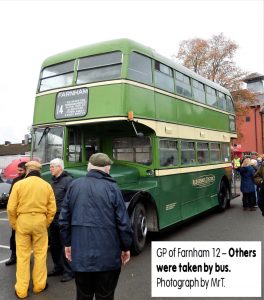 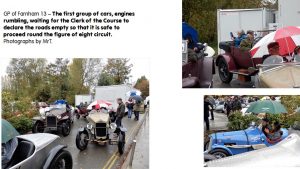 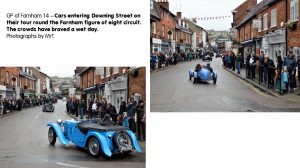 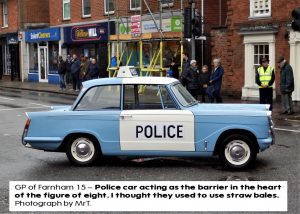 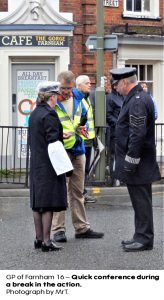 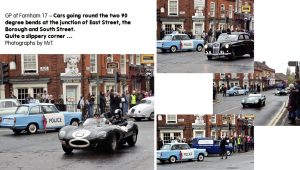 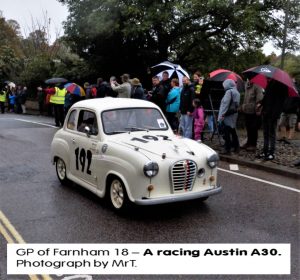 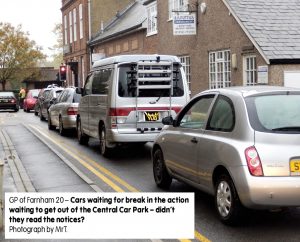 The music Fast Lanes is used under licence from AKM Music.