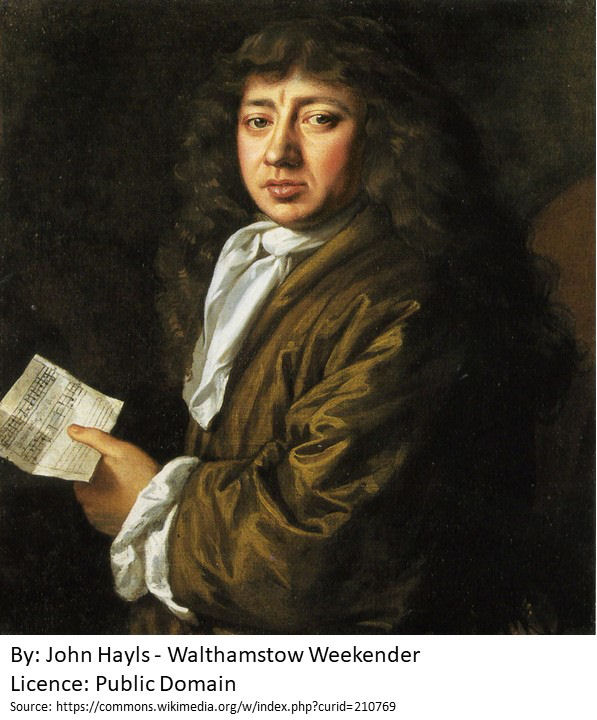 In the talk  Samuel Pepys Judith Edge tells about one of her heroes, a man who lived through many perils in his 70 years. 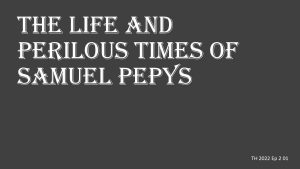 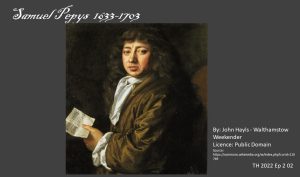 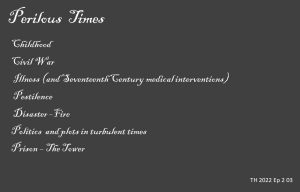 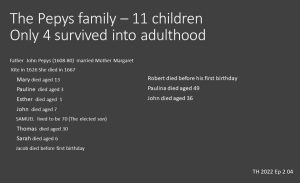 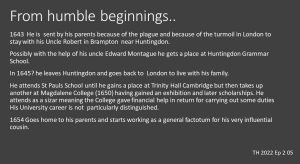 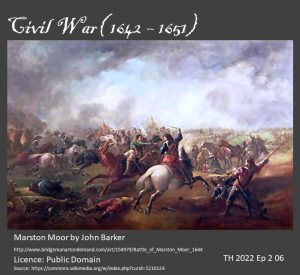 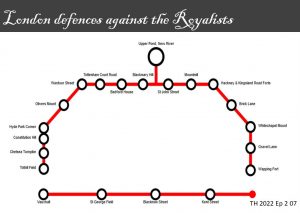 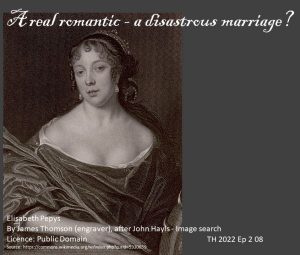 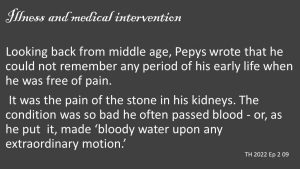 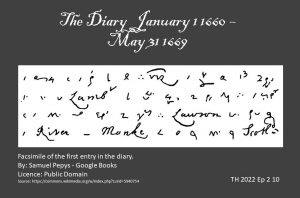 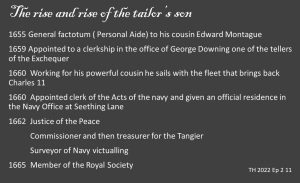 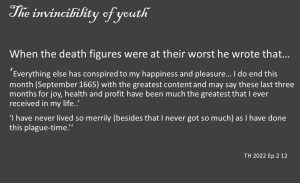 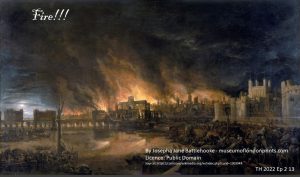 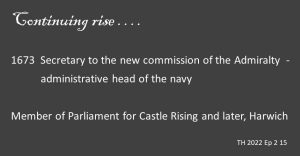 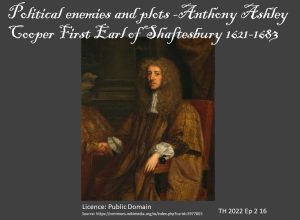 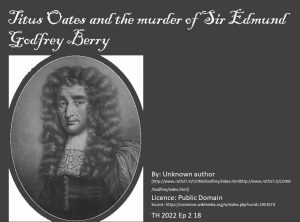 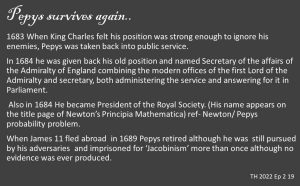 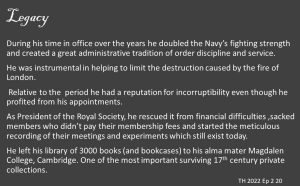 Judith tells us about the perils that stood waiting for people in the 17th Century. In the case of Samuel Pepys there are more perils than for an ordinary person.

Childbirth is very dangerous in the 1630s as many mothers die giving birth or soon after. A child that survives birth may not have a long life. Pepys has 10 brothers and sisters but only three live to adulthood.

This is the time of the English Civil War. London is for the ‘Parliamentarians’ (Roundheads) and so fortifications are built around the city. Today few people know about them or where they are.

For many years Pepys suffers great pain from bladder stones. This is a time when surgery is extremely dangerous. There are no anaesthetics, its before people understand the need to sterilise surgical implements, before the detailed medical knowledge and care that exists today.

To undergo a major operation means that one is in great pain and desperate because there is a great risk of a painful death. Luckily Pepys survives the operation.

At this time the poor live crowded together and there is basic, at best, sanitation and because of this London is overrun with rats. In 1665 the rats bring the plague. There are regular plague outbreaks but this one is much worse than usual. Even though there is the plague, Pepys reports that this is one of the best years of her life!

The Great Fire of London:

Much of our knowledge of the Great Fire in 1666 comes from Pepys diary. He is at the heart of the action taken to stop the fire.

He is rowed down the Thames to warn the King of the danger. Later he arranges for sailors to help with the demolition of buildings to create fire breaks.

His home is safe!

In the 16th and 17th Centuries people in public life often have enemies and, because Pepys is so tolerant of others, he falls foul of the ‘Exclusionists’. They want to rid England of the chance of a Roman Catholic King and a return to Catholicism. The Earl of Shaftesbury and Titus Oates are amongst the plotters.

A dangerous place for both evil deeds and sickness. In 1679 Pepys spends some months in the Tower of London because of trumped up charges.

Listen to the podcast and hear Judith tell the full story.

This podcast is a recording of a talk given remotely over the internet.