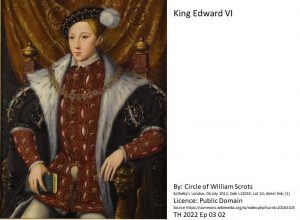 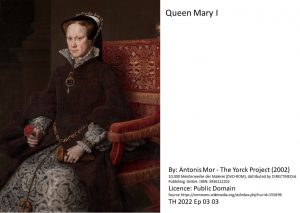 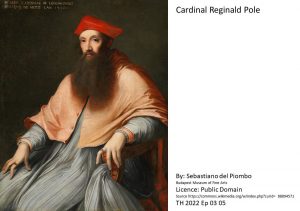 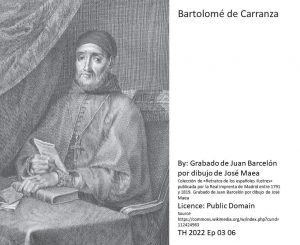 Henry grows tired of Catherine of Aragon who, after nearly 24 years of marriage, has only borne a daughter, Mary. He wants his marriage to be annulled.

The Pope refuses to annul the marriage. This leads stress! Thomas Cranmer becomes involved, as does Reginald Pole. Cranmer, the Archbishop of Canterbury, supports Henry and rules the marriage null and void. This has the effect of making Mary illegitimate.

The split with Rome leads to the formation of the Church of England.

Reginald Pole, who is a distant relative of Henry as well as being a senior Catholic Bishop, does not agree that the annulment is valid.

Few religious reforms happened during the reign of Henry, however his son, Edward allows Cranmer to make major reforms. These reforms strengthen the Protestant cause and weaken the Catholic one.

Cranmer compiles the first two editions of the Book of Common Prayer, a complete liturgy for the English Church. Several Continental reformers assist him in changing the doctrine in areas such as the Eucharist, clerical celibacy, the role of images in places of worship, and the veneration of saints.

Unfortunately for Cranmer, Edward’s reign is short because he dies of tuberculosis.

Cranmer is still Archbishop when Mary ascends the throne. He is on borrowed time because she believes he made her illegitimate. She is a Catholic and intends to bring England back to the Catholic Church.

She marries Philip of Spain and Pole returns to England as Papal Legate. Pole becomes Archbishop of Canterbury in place of Cranmer.

Cranmer is put on trial for treason in 1553 and found guilty. He is also tried for heresy and moved to Oxford where he is burnt at the stake on 21 March 1556.

The Pope dislikes Catholic Humanism such as promoted by Pole. He recalls him to Rome but Mary refuses to send him. He becomes ill and dies only 12 hours after Mary on 17 November 1558.

Our final Bishop acts as confessor to Mary, becomes Archbishop of Toledo and Primate of Spain. After two years the Inquisition imprison him for heresy.

Listen to the podcast and hear Peter tell the full story about the three Bishops.

This podcast is recording from the internet.