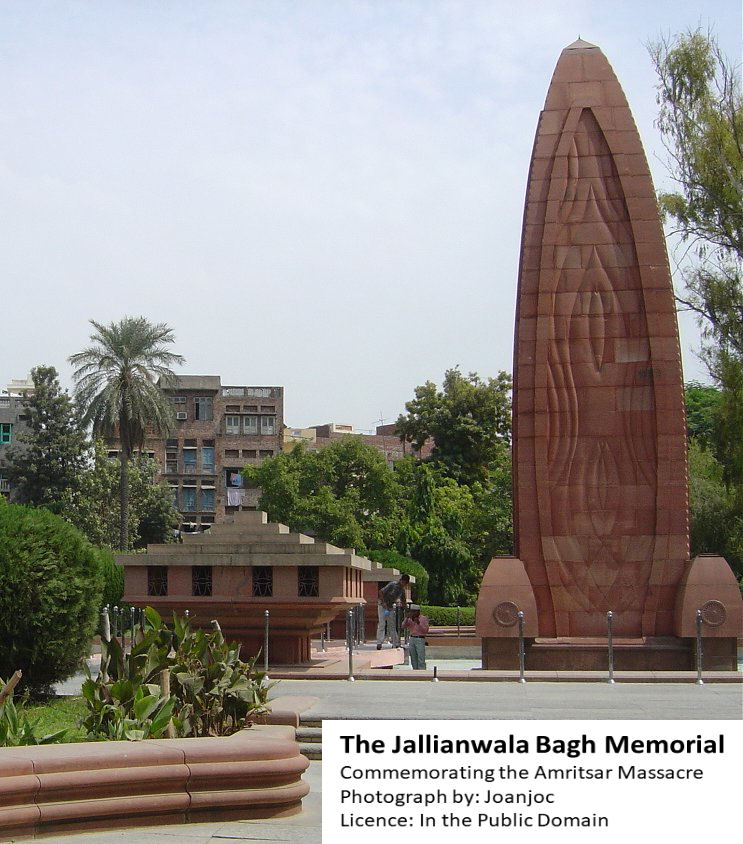 John Hambly tells us about the Amritsar Massacre and its aftermath. Often referred to as the Jallianwala Bagh massacre because that was the area of Amritsar where it took place in.

John starts by setting the scene and telling us about the key players on both sides.

During the First World War the Indian sub-continent had contributed many soldiers to the British war effort. Because of this there were expectations from the population for increased status.

The Lieutenant Governor of the Punjab had been active in the passing of the Defence of India Act because it gave him great powers!

From mid-March 1919 the CID in Amritsar kept a close surveillance of two Gandhian non-violent Indian nationalists. On 10th April 1919, O’Dwyer summoned them, had them arrested and secretly escorted to Dharamasala, at the foot of the Himalayas.

He supported Dyer’s actions in the massacre. Aged 75, he was shot dead, 21 years later, at a meeting in Caxton Hall, Westminster.

The Brigadier General rank was temporary because his substantive rank was Colonel.

He is known as the ‘Butcher of Amritsar’. This is because he gave the order to fire. This resulted in the death of at least 379 people and injuries to over 1,000 more.

Dyer was removed from duty following the massacre and widely condemned in both Britain and India.

Many senior Indians had been pushing for Dominion status (like Canada and Australia) before the massacre. After, many abandoned their loyalty to British rule and became Nationalists who distrusted British rule.

The are no graphics to accompany this talk.

Please Note: The description of scenes in this talk may be distressing to some people.

The quotations and actions described in this talk represent views held at the time of the Massacre. They do not represent the views of John Hambly, the Farnham U3A World History Group and The MrT Podcast Studio.