The Welsh Dragon departs after our Guard, Paul, blows his whistle, waves his green flag and the signal changes to green giving us the ‘road’.  We listen as Mayflower starts to pull us out of London’s Paddington station and our journey to North West Wales begins! 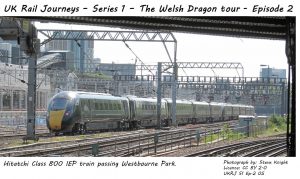 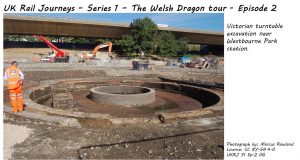 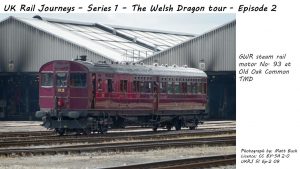 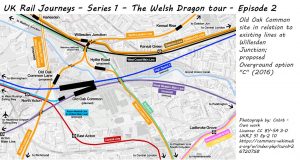 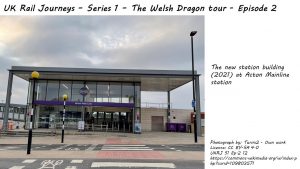 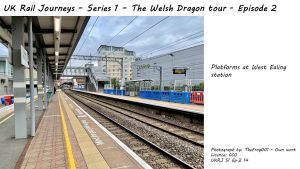 Mayflower is a Thompson B1 steam locomotive. The LNER places the order but delivery, in 1948, is to the newly nationalised British Railways. She spends most of her life working from depots in Hull. In June 1967 she moves to Bradford Low Moor depot. She is withdrawn from service in September 1967 and becomes one the two B1s in preservation.

Over the years Mayflower has had a number of owners. Today David Buck owns Mayflower. He keeps her maintained for mainline service and she often hauls trains for The Steam Dreams Rail Co.

I talk to a member of Mayflower’s support team who tells me about the work that has to be done in order to make the locomotive ready for service.

Our journey takes us past Royal Oak station on the Central and Hammersmith & City lines. The station gets its name from a local pub, when the station opens it is The Royal Oak, however, it is now The Porchester.

Next we pass the Underground station at Westbourne Park, then Portobello junction and Notting Hill sidings.

We then pass under the A40 Westway. Westway runs to the Edgware Road, just east of Paddington Station. Westway was the first urban motorway project in London and was built in the 1960s.

We soon pass under the West London Line linking Willesden Junction in the north with Clapham Junction. Lines such as this allow Steam Dreams excursions to take interesting routes across London!

Sadly this isn’t a vast storage area used to refill Santa’s sleigh on his 24th December marathon. It is a train maintenance depot for the Hitachi Class 800 trains used on the Great Western Railway’s long distance services.

We pass under the North London line that runs from Richmond in the south to Stratford (London) in the east.

We pass under the A40 for a second time, known here as the Western Avenue. This section of the A40 is about 10 miles long. It runs from Old Oak Common in the east to the Denham roundabout in the west.

I hope that you’ve enjoyed this podcast. If so, please join me in two weeks time when we continue our journey west, towards the edge of London on the Welsh Dragon.

AKM Music has licensed Steam Railway, Energy and Festival of Dreams for use in this podcast.