In  episode twelve I travel on the California Zephyr from Mount Pleasant, Iowa, through Denver and then northwards to our diversion through Wyoming.  The diversion is because there is engineering work on the normal route between Denver and Salt Lake City. The diversion takes us along the historic Overland route. The last regular passenger service to use this route was the Amtrak Pioneer. The Pioneer ran for nearly 20 years from June 1977 until May 1997.

We travelled from Burlington through the late afternoon towards Mount Pleasant in Iowa where the station opened in 1912. Over 13,700 passengers used Mount Pleasant station in 2017.

We then stopped at Ottumwa where the station canopy lacks any glass. Ottumwa is the fictional home of Radar O’Reilly from M*A*S*H. 12,200 passengers used the station in 2017. The Rock Island Line services used to stop here.

We reached Omaha after another 108 miles and crossing the state line between Iowa and Nebraska. After a short air break we set off into the night. I slept whilst the train travelled through Lincoln, Hastings, Holdredge, McCook and Fort Morgan stations on the way to Denver.

We reached Denver after breakfast. The train spent over 40 minutes in Denver and this gave me the opportunity to look round the station. Denver Union Station was rebuilt in 1914. The platform area was rebuilt again between 2014 – 2014 and is very modern.

We left Denver going north to the diversion route which took us non-stop across Wyoming. I say ‘non-stop’ because we didn’t stop at any stations between Denver and Salt Lake City. The journey out of Denver, however, was more stop than go for the first few hours and give us a scenic tour of Denver’s scrap yards.

I’ll tell you more about the journey across Wyoming on the California Zephyr in the next episode of US Rail Journeys in two weeks time. 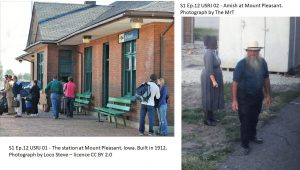 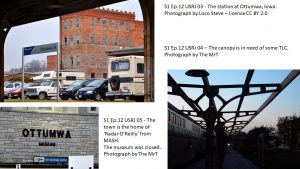 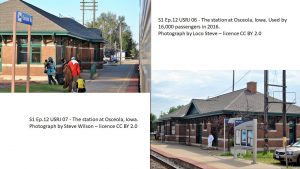 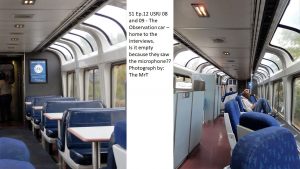 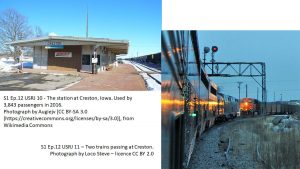 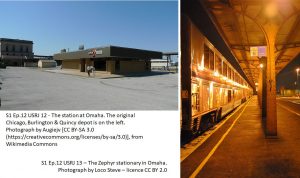 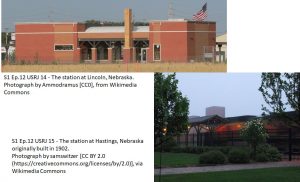 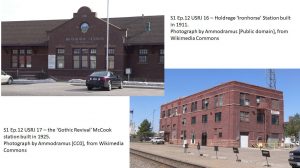 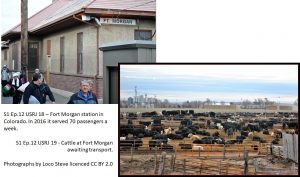 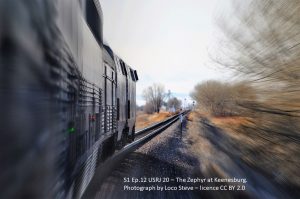 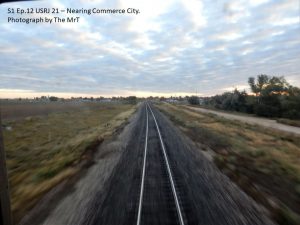 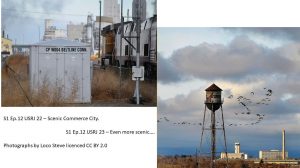 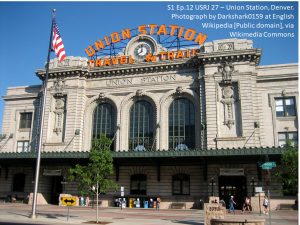 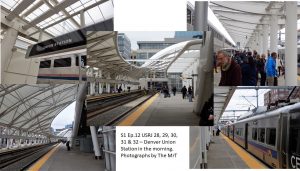 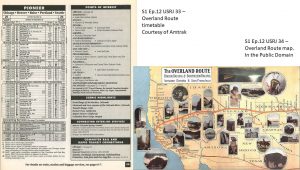 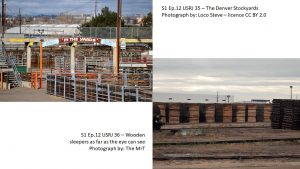 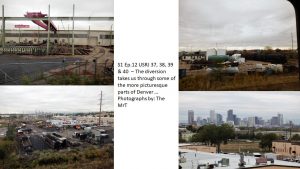 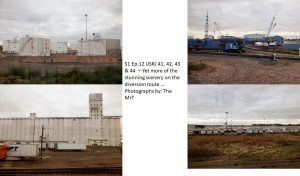 My thanks go to the passengers and crew on our journey from Chicago to the Bay Area, aboard the California Zephyr, for their tolerance of the man waving the microphone. It truly is a magnificent journey.

This podcast is also available through iTunes (Apple podcasts), Spotify and Stitcher as well as this website.