Our traveller arrived in the late afternoon (early morning in London) and travelled into the city using the BART system. Having reached his hotel and checked in and we find our traveller in the lift before setting out to experience the sights and sounds of San Francisco.

After a good sleep our traveller sets out to go along to Fisherman’s Wharf where there are many restaurants and other means of spending money. In addition the booking office for Blue and Gold cruises is located beside Pier 39.

We join the harbour cruise where we see the city’s downtown area before heading out to the Golden Gate Bridge; after passing under the bridge into the Pacific Ocean we turn round and pass Alcatraz Island before returning to Pier 39.

We then take a double deck bus and follow the ‘blue’ route on the map in picture 15.

Finally we ride the cable car back down to the bay. After this our traveller returns to his hotel before setting out for the Amtrak Thruway bus service to Emeryville where we will join the Coast Starlight train to Portland.

Join us in episode 3 for the first part of the Coast Starlight journey through amazingly beautiful country. 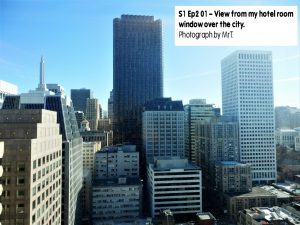 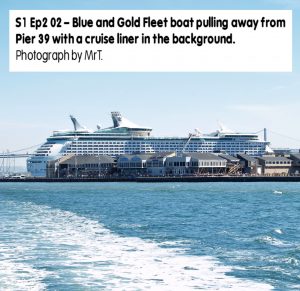 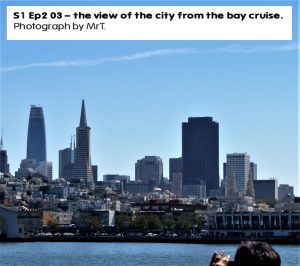 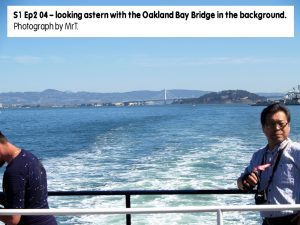 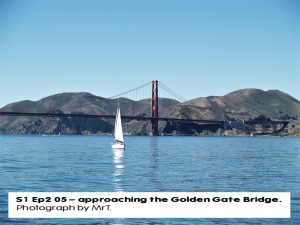 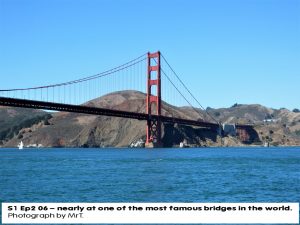 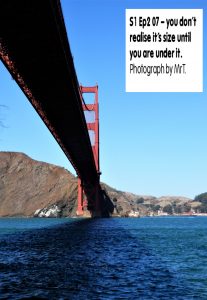 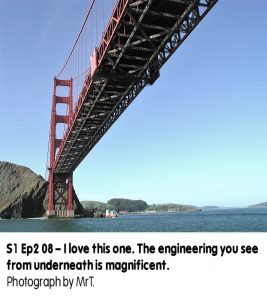 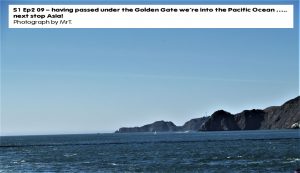 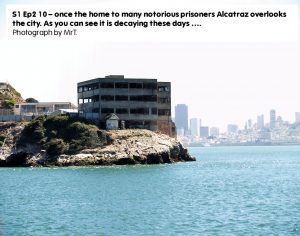 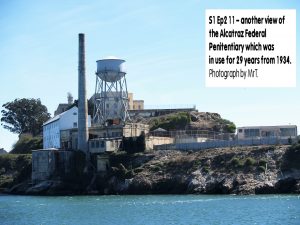 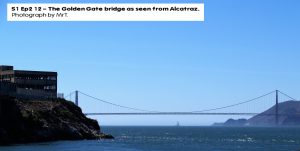 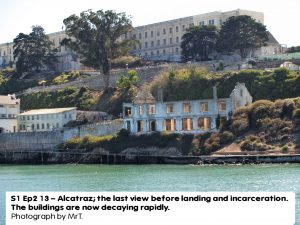 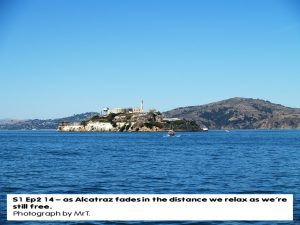 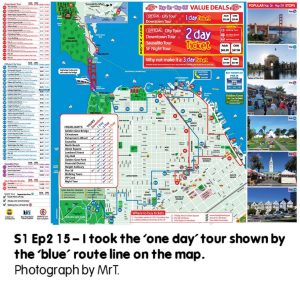 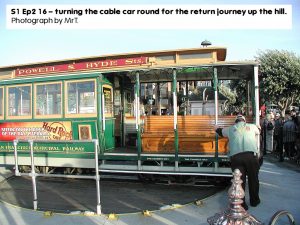 The tune Maple Leaf Rag by Scott Joplin is played by Stefano Ligoratti and is supplied from the rights free library at Musopen.org