Lorna Thomas tells us the fascinating story about the nations Sleepwalking into World War 1. She starts by telling us about the protagonists.

A time of great Empires, Empires with ambitions to expand. At the same time, some Empires were weakening with states seeking  independence. Because of these factors it was a time of stress, particularly in Europe.

Soldiers came from across the Empires of the belligerents. The British forces had soldiers from Canada, India, the West Indies, Australia, New Zealand and South Africa to name a few. The French and German armies were similar.

Lorna discusses the issues in the Austro Hungarian Empire and the support it was receiving from Germany.

We hear about Arch Duke Franz Ferdinand’s visit to Sarajevo and are introduced to the principal players. Lorna tells us about the demands made on Serbia following the assassination.

The key alliances were:

Overconfidence in the outcome?

Franz Joseph was 83 at the time of Sarajevo. One of his key advisers believed in ‘war, war, war’. In addition Kaiser Wilhelm’s advisers had planned for war in Europe for many years.

Russia had a vast army and promised support to Serbia and Montenegro.

The launching of HMS Dreadnought made many of the world’s navies obsolete.

France had lost territory to Germany in the war of 1870 and resented the defeat.

Germany believed that they would win because if the Triple Entente fought they’d be defeated and if they didn’t, the alliance would collapse.

Fallout in the family?

Queen Victoria, the Grand-mamma of Europe, might have had an influence if she’d been alive because Kaiser Wilhelm, Tsar Nicholas and King George were all close relatives.

View the slides that accompany this talk: 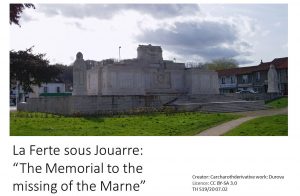 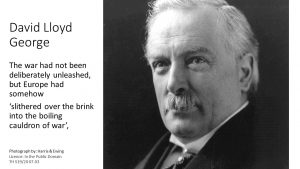 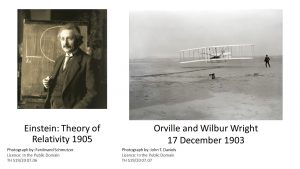 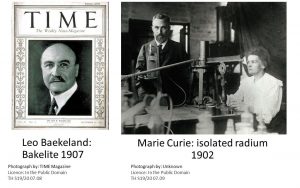 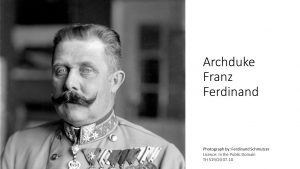 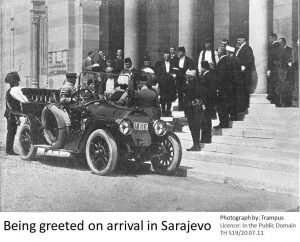 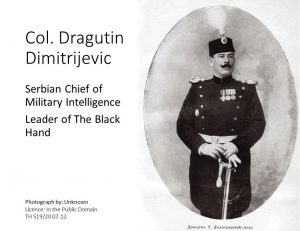 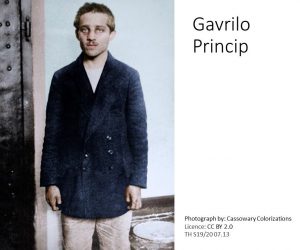 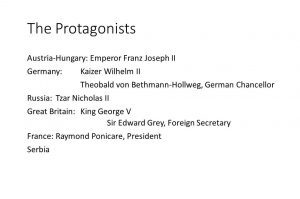 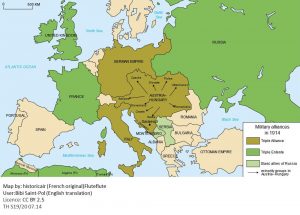 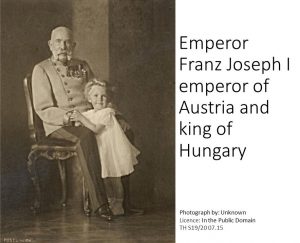 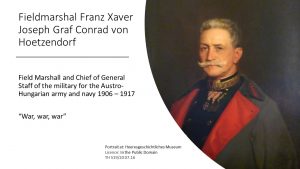 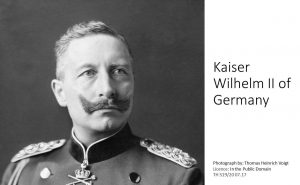 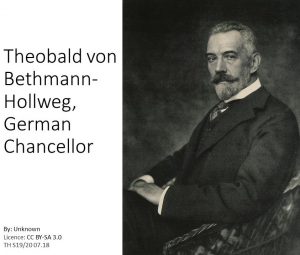 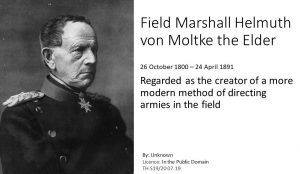 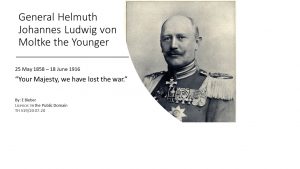 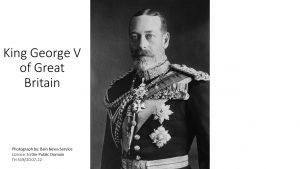 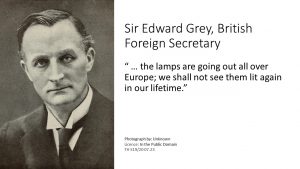 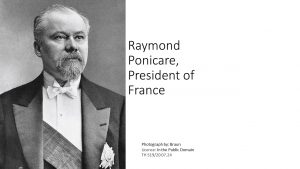 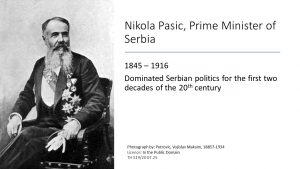 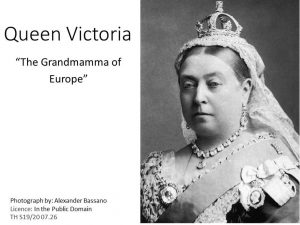 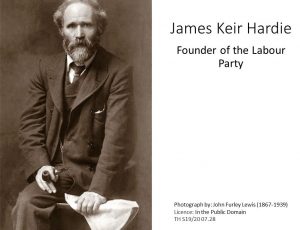 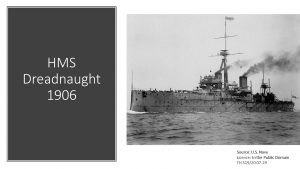 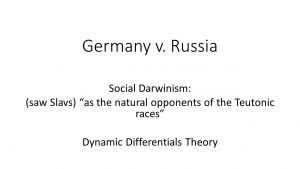 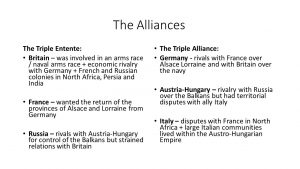 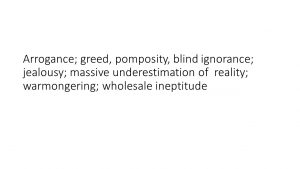 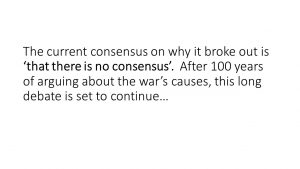 Music used on the site is either licensed from AKM Music, is used with permission of Joseph McDade (here) or is ‘royalty free’ supplied through Musopen.org and Audioblocks