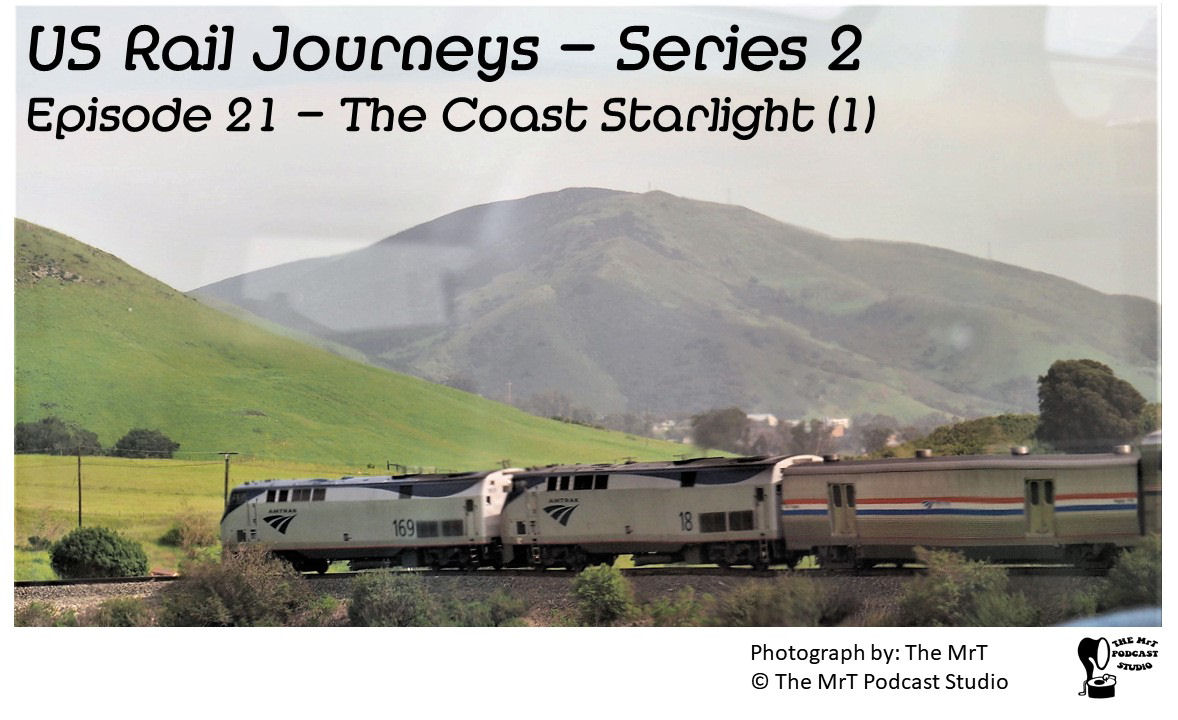 The Coast Starlight (1) starts with my arrival at Emeryville Station, bright and early, on Monday morning. I spent the weekend at the Hilton Garden Inn on the waterfront by the Bay Bridge. I can see the station from my room in the hotel.

We soon learn that our train is delayed. I could have had another hour in bed. The station is busy, there are people waiting to board the Coast Starlight, the Capital Corridor, the California Zephyr and the San Joaquins services. Commuters are also arriving to start the week’s work.

The station has a ‘greeter’. She’s a lovely lady and tells people who are going to Sacramento to visit the California State Railroad Museum. She describes it as the ‘second best railway museum in the world’. She tells me that the best is the National Railway Museum in York!

Our train arrives, we board for the journey south and I make my way to the Sightseer Lounge.

The 5 mile journey from Emeryville to Oakland, Jack London Square, is scheduled to take 15 minutes. We pass Oakland’s large port area and the train travels down 1st Street before arriving in the station. The square is named after the author, journalist and social activist Jack London.

We see that the delays are due to ‘congestion’.

The station opened in 1995 to replace the 16th Street Station which had been badly damaged in the 1989 earthquake. The station is named after C L Dellums who was a long time Oakland resident. He was a co-founder of the Brotherhood of Sleeping Car Porters.

South through the Oakland suburbs:

Our journey south is through an area that shows the divide in the US between the rich and poor. Many people have a view of a wealthy, scenic California but take the train and you see a different side.

We pass piles of rubbish, probably the result of fly tipping, near the the Oakland Coliseum Stadium and also in the streets to the south of it. The train has frequent stops, no doubt because of the congestion. One stop shows the divide, a squatter living between the track and the fence with decent housing behind it.

Once we get free of the Oakland suburbs the countryside improves. We pass marshland at the side of San Francisco Bay and also the Don Edwards San Francisco Bay National Wildlife Refuge. Our next stop is San Jose. 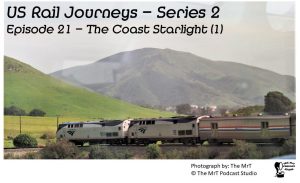 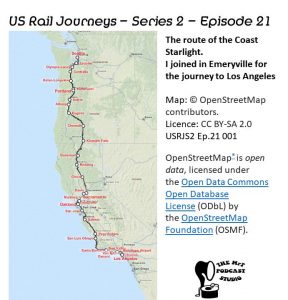 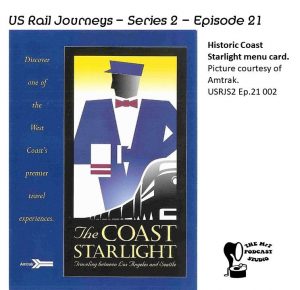 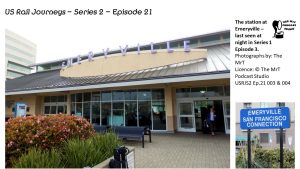 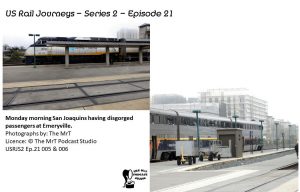 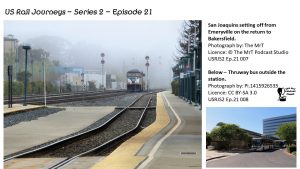 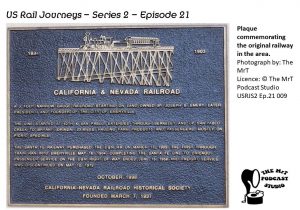 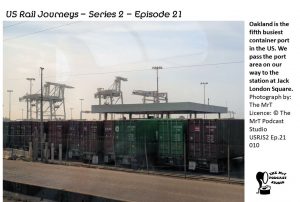 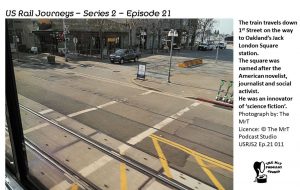 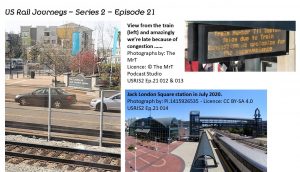 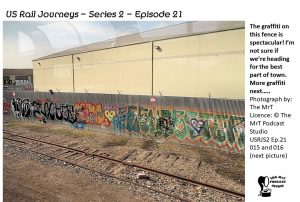 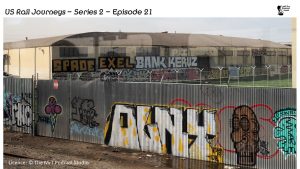 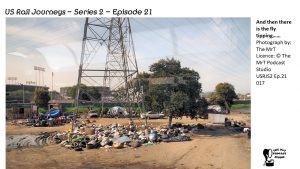 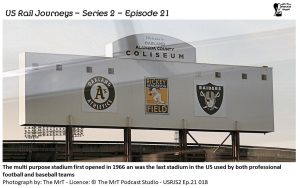 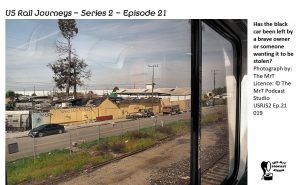 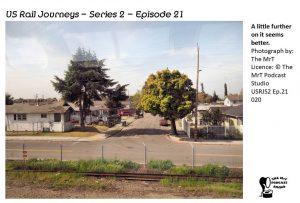 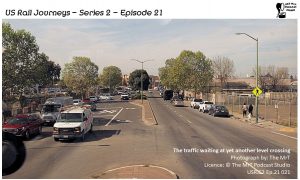 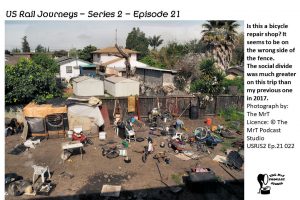 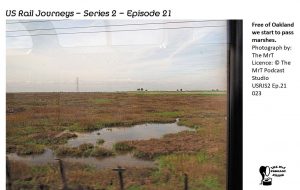 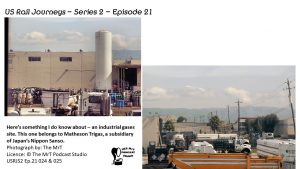 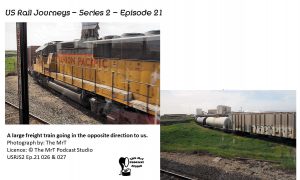 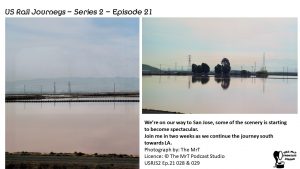 I hope that you’ve enjoyed this podcast. If so, please join me in two weeks time when I continue on the journey south to Los Angeles on the stunning Coast Starlight route.

Storyblocks has licensed Easy Ride by William L Newman for use as incidental music in this episode.